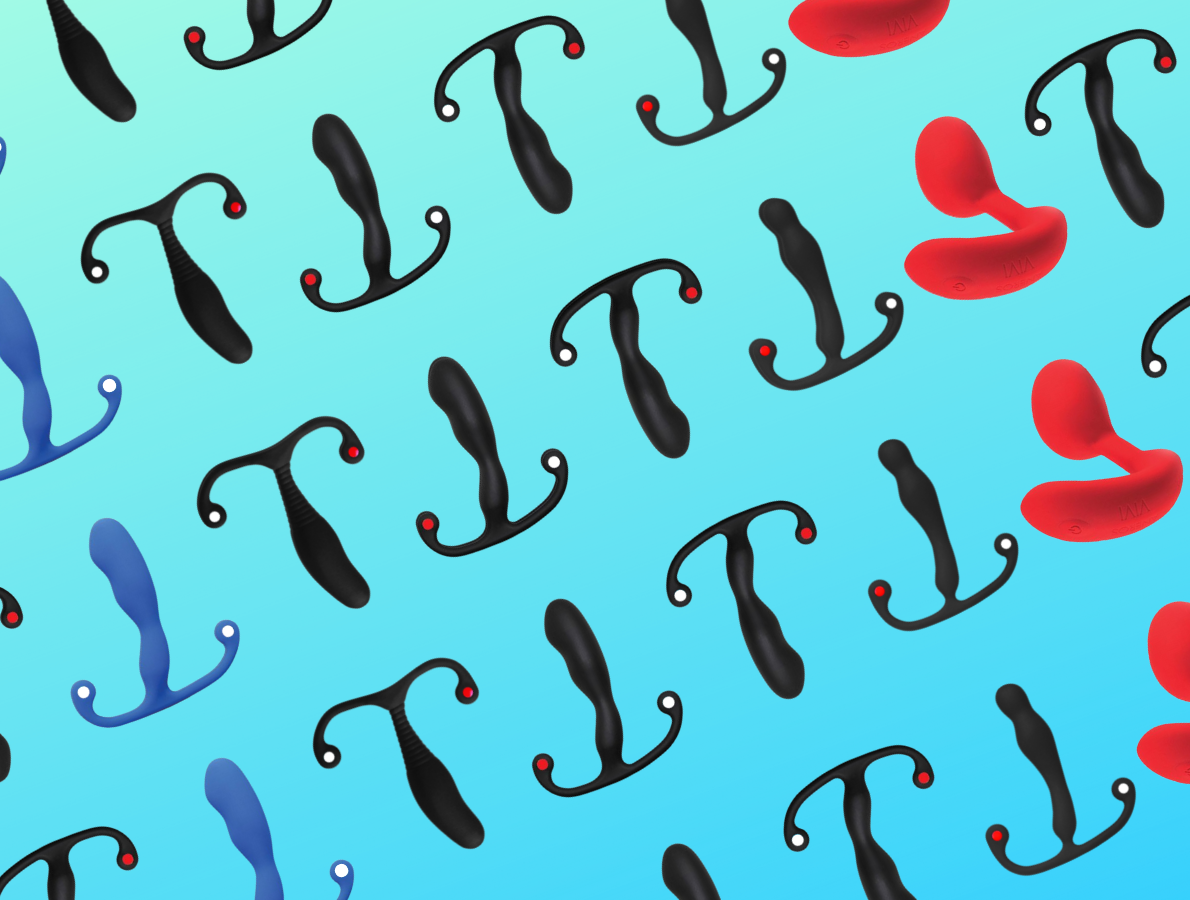 A History of Aneros

Over 20 Years of Bridging Prostate Health and Pleasure
| Written by Valentine T. 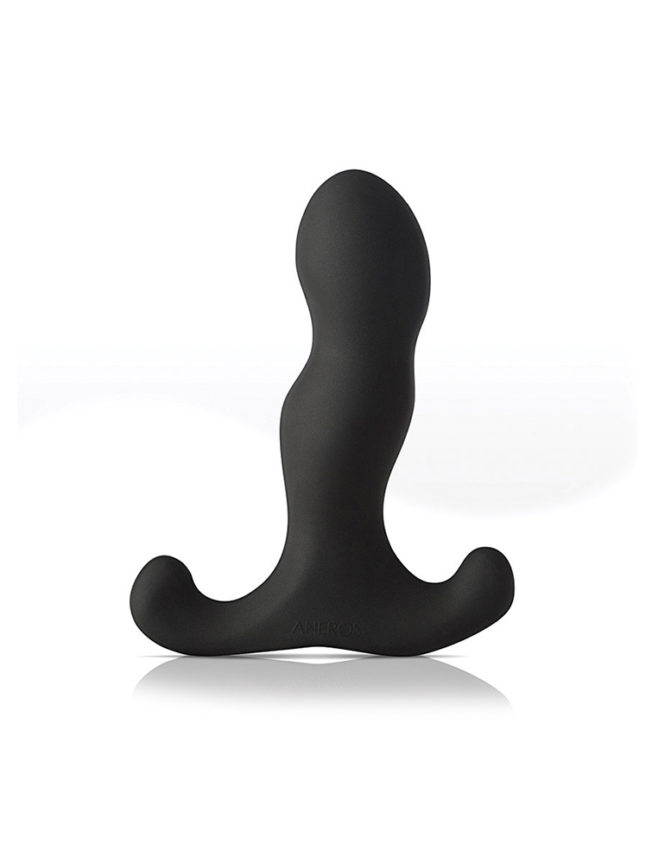 Aneros has been manufacturing world-renowned prostate massagers and honing their simple designs to perfection by combining medical knowledge and user feedback for over 20 years. Aneros has evolved greatly from its beginnings as a medical device company and has become one of the most decorated brands in the sex toy industry. This year alone Aneros won the AVN “O” Award for Outstanding Anal Product of the Year for the Helix Syn V and the XBIZ Award for Sexual Health and Wellness Brand of the Year! Mr. Jiro Takashima, the founder and inventor of Aneros, also received great honors this year. He was awarded the XBIZ 2022 Legacy Award recognizing his decades-long contributions to the industry and groundbreaking developments in prostate play. Mr. Takashima also received the honor of being inducted into the AVN Hall of Fame, making him one of only two inductees in the pleasure products division.

Aneros has created a standard for prostate toys that sits perfectly at the intersection of sexual pleasure and sexual health.

What makes Aneros so successful? One of the reasons is because Aneros has created a standard for prostate toys that sits perfectly at the intersection of sexual pleasure and sexual health, reminding us that pleasure and health go hand-in-hand. To understand more about Aneros’ success, we have to start at the beginning and take a look at the unique origin of this pleasure products powerhouse.

From a health perspective, massaging the prostate has been known throughout the ages and in many different cultures to help support overall sexual and reproductive health in people who are assigned male at birth. Some health benefits of prostate massage include relief from chronic prostatitis (prostate inflammation), benign prostatic hyperplasia (BPH), and many related conditions such as painful urination or difficulty getting or maintaining an erection. Prostate massage has been one method of extracting prostatic fluid to lower inflammation and relieve some pain and discomfort. Though you can still get a prostate massage from a urologist, many medical professionals have begun using antibiotics or anti-inflammatories exclusively for prostate care. It’s at this juncture that Aneros began. 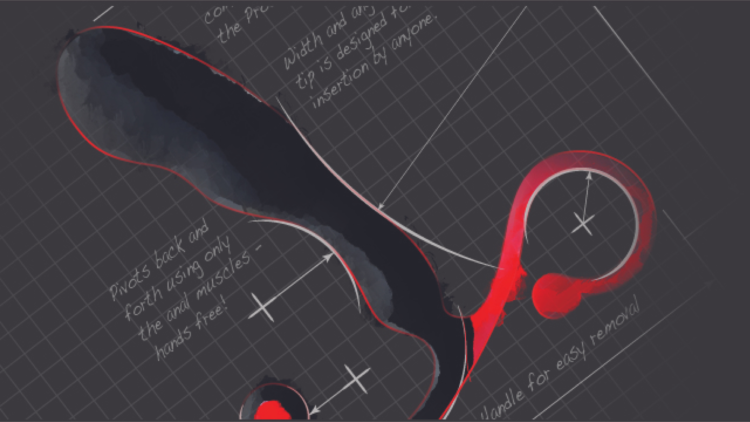 Mr. Takashima founded High Island Health in 1996 and patented his Pro-State Massagers™. These massagers were designed as medical aids for people managing symptoms of chronic prostatitis or BPH. The design of these pieces was simple; they were not much bigger than a finger and shaped to press against the prostate when inserted anally. The thin arm at the base served to stimulate a pressure point in the perineum. The PS New was a no-frills, medical-grade plastic device that did not involve advanced technology like vibration or mechanical movement. Instead, it was self-powered, meaning it would just be inserted anally and moved by clenching and releasing the pelvic muscles. Simple yet sophisticated science!

Besides gaining popularity for medical reasons, High Island Health started receiving unexpected feedback from users who reported experiencing pleasurable and even orgasmic effects while using the device. As a result of this feedback, in the year 2000, they decided to create the Aneros branch of their company to market their products specifically as pleasure devices (with the added benefit of being good for your prostate health)!

At this time the Aneros MGX, one of the most popular shapes in the Aneros collection, was born in the footsteps of the original PS New. One big fan of Aneros devices, Forrest Andrews, was first introduced to the products in 2001 as he sought support for a decades-long prostate condition. Forrest, like many other early Aneros users, found that what he later dubbed the “Super O” was an unexpected side effect of using the products. Forrest was one of the first Aneros users to describe this type of orgasm, which he also described as a “dry orgasm,” meaning an orgasm without ejaculation, as an effect of using the product.

Besides being described as feeling different and more full-bodied than orgasms from genital stimulation, dry orgasms also have no refractory period, making it possible for people with penises to become multi-orgasmic.

It’s important to note that non-ejaculatory orgasms for people who are assigned male at birth and cisgender men aren’t a modern discovery. There are different accounts of these types of orgasms throughout history and they are a big part of “male-multiple orgasm” practices in tantra. Besides being described as feeling different and more full-bodied than orgasms from genital stimulation, dry orgasms also have no refractory period, making it possible for people with penises to become multi-orgasmic. It’s no surprise then that Aneros soon gained notoriety for opening up new possibilities of pleasure for people who are assigned male at birth.

Forrest first became involved with Aneros in around 2002 when he provided feedback to the team about the external arm of the MGX. Taking into account his feedback, a new iteration of the MGX was released that featured a shorter arm that would better access the perineal pressure point. For some years, Forrest consulted in product development with Aneros, serving as the company’s sole product tester. Currently, Mr. Andrews serves as the company’s Business Development Manager and informs many of the company’s design and development decisions.

The Aneros approach reminds us that sometimes the best way to get noticed is by letting the products (and their users) speak for themselves.

Aneros products are sleek and simple. Their designs don’t rely on gimmicks or flashy marketing. Something that sets Aneros apart from many other sex toy companies is the company’s user-centered approach to design. Besides relying on hands-on feedback from Forrest, Aneros has an incredibly active online forum where users share details of their learnings and experiences with Aneros products. Some of these conversations have also guided the company’s decisions around new product launches. The Aneros approach reminds us that sometimes the best way to get noticed is by letting the products (and their users) speak for themselves.

Aneros also has an educational wiki that is a wealth of information on all things related to prostate play. Additionally, the company stays true to its commitment to sex education through an extensive learning center on its website. These resources are a much-needed source of reliable scientific and experiential information for people who are assigned male at birth and cisgender men. With taboos around sexuality, especially male sexuality, abounding in our society, it’s refreshing to see spaces that encourage honest dialogue and education.

Since its inception over 20 years ago, Aneros has released many new products, but they have consistently worked on making improvements to their original designs. In comparison to other toy companies that release hundreds of new products every year, you can count on Aneros to continue perfecting and evolving their classics. If you’re interested in exploring prostate massage, Aneros currently has many different toys to help you get started depending on what you’re looking for. Check out our selection of Aneros products, or read below to learn more about some of our Aneros best-sellers! 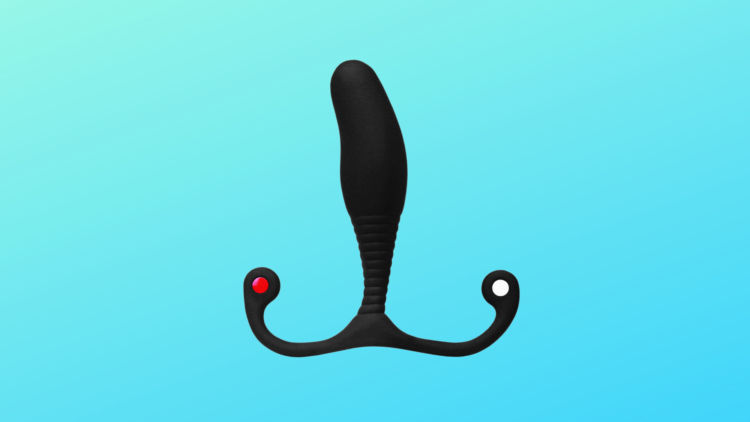 The newest iteration of the original MGX is the Aneros MGX Syn Trident Prostate Massager. Though the insertable part of the toy is based on the original MGX, the MGX Syn features two external arms that point upward towards the body to stimulate different pressure points. Unlike the original Aneros items that were made from medical-grade plastic, the Syn line is made with silicone which is also non-porous, velvety to the touch, and easy to clean. 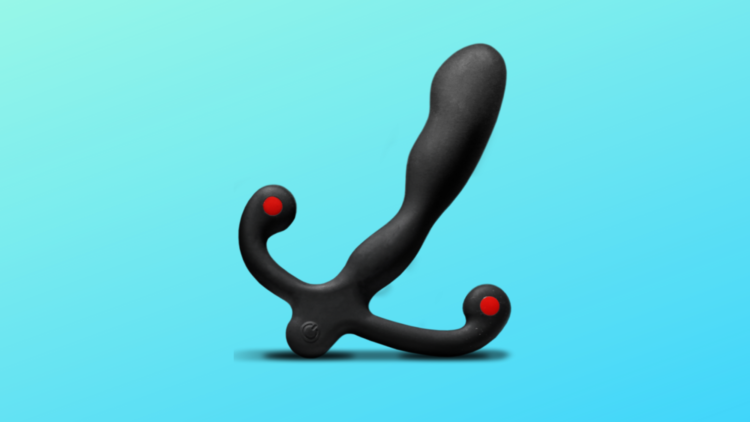 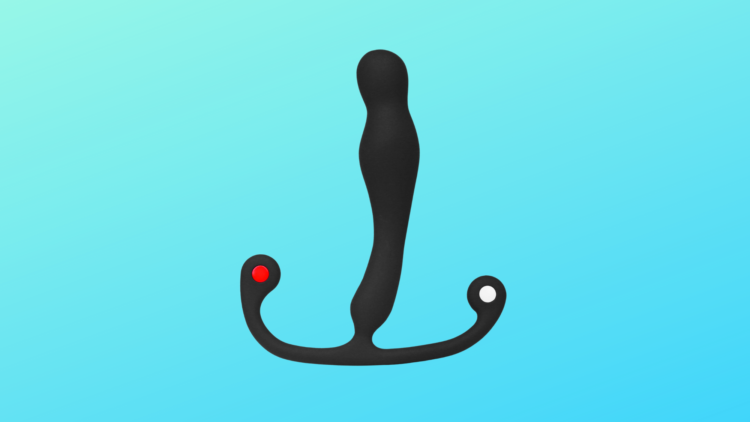 If you’re looking for a slimmer massager that can provide more pinpoint prostate massage, try the Aneros Eupho Syn Trident. Don’t be fooled by this massager’s slim size. Like with kegel exercisers, the slimmer a prostate toy is, the stronger your sphincter muscles have to be in order to engage it. This is why the Eupho Syn is often recommended for more advanced players. 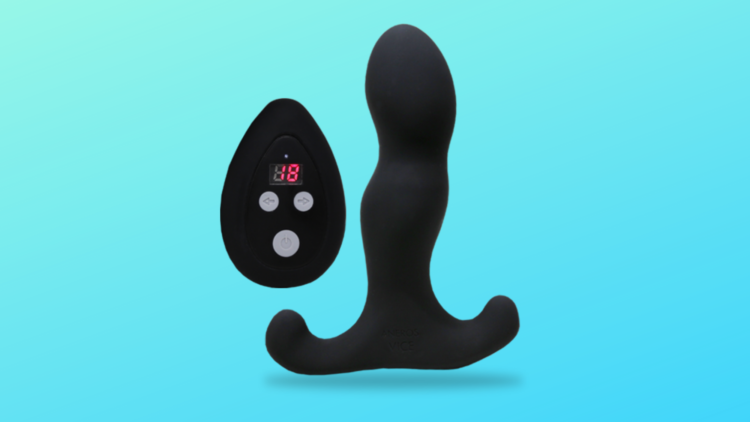 Another classic Aneros shape is the Vice. In its current iteration, the Aneros Vice 2 Vibrating Prostate Massager (which has a remote control), is the largest of the Aneros prostate massagers and also has the most additional features. This product was designed for users who want larger and deeper stimulation. It has 4 intensities and a whopping 18 vibration patterns so users can customize their experience. 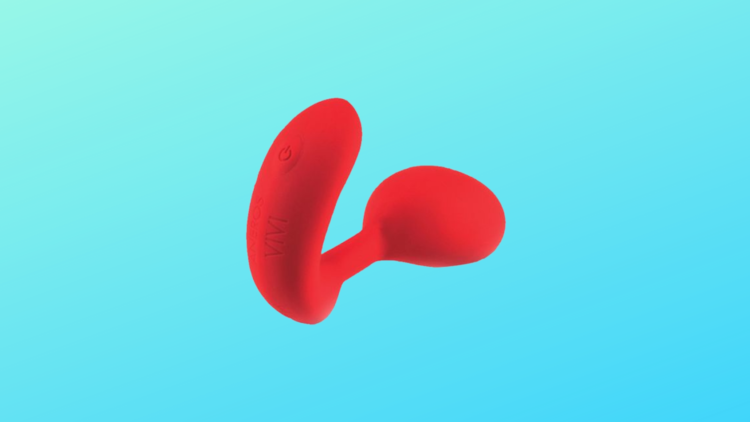 To learn more about prostate health and pleasure, check out one of Aneros’ many resources and get started on your journey with their tried and true shapes! And don’t be afraid to ask questions or share your experiences in the Aneros Community Forum. Who knows? Maybe your feedback will help inform their next design! 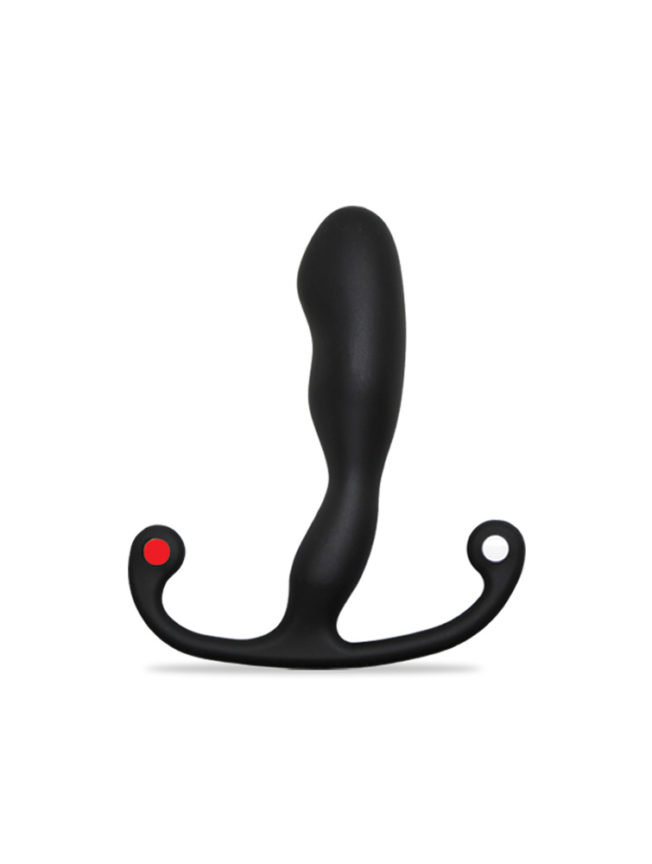 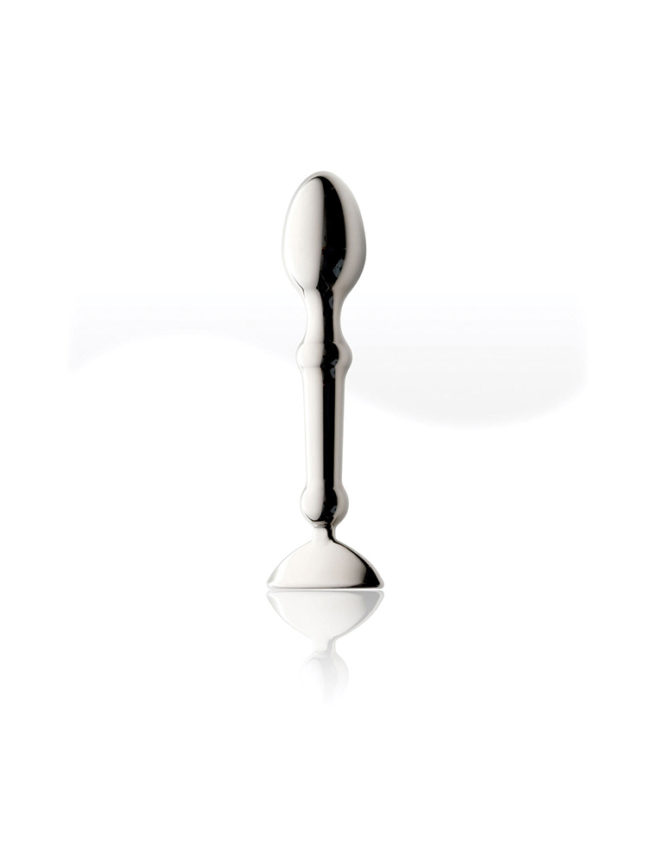 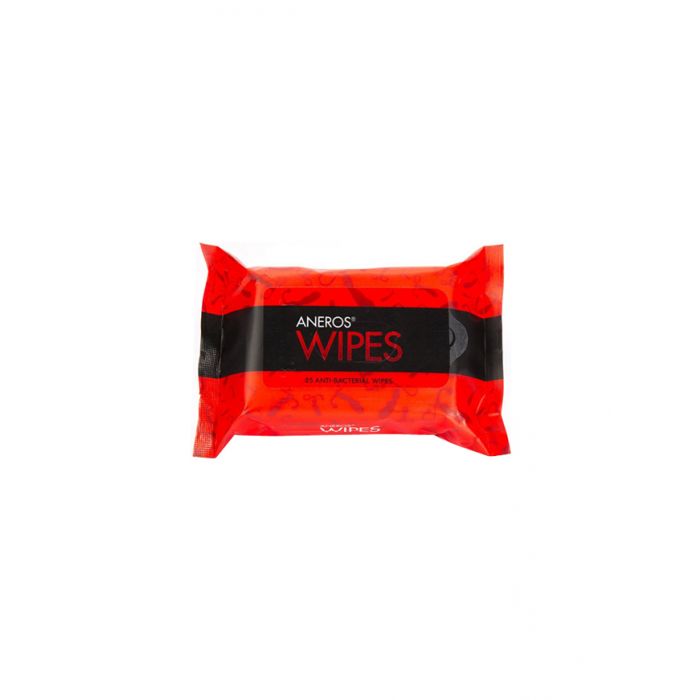 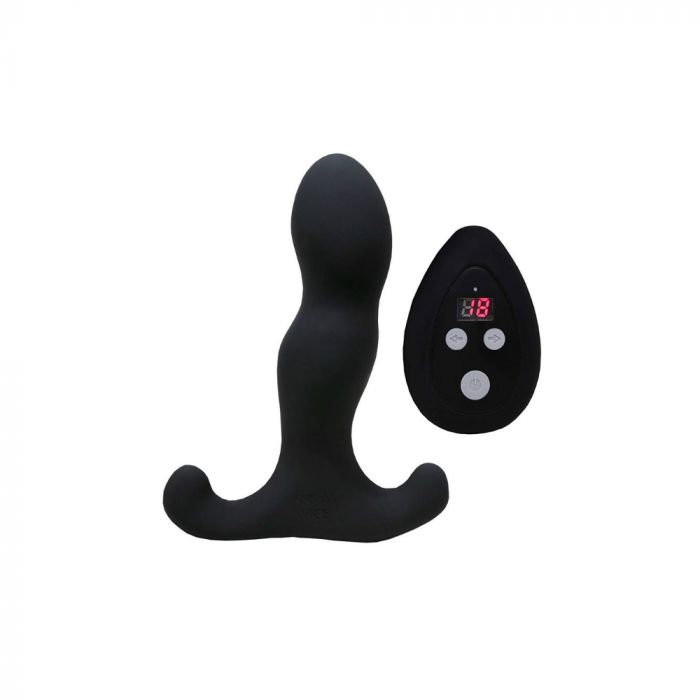 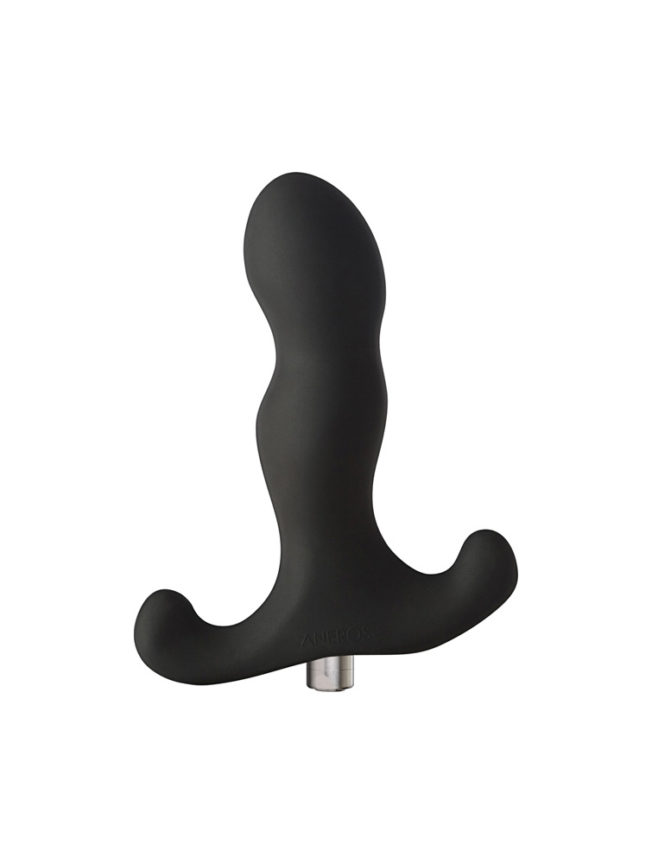 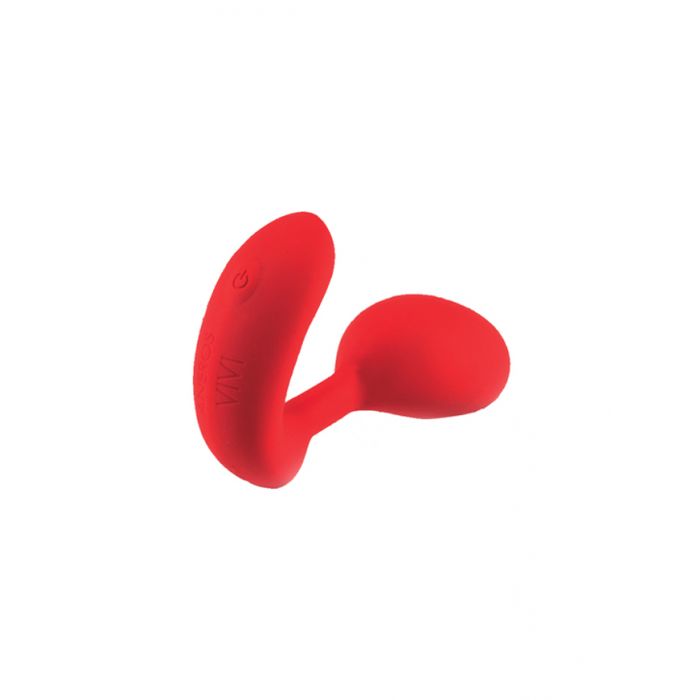 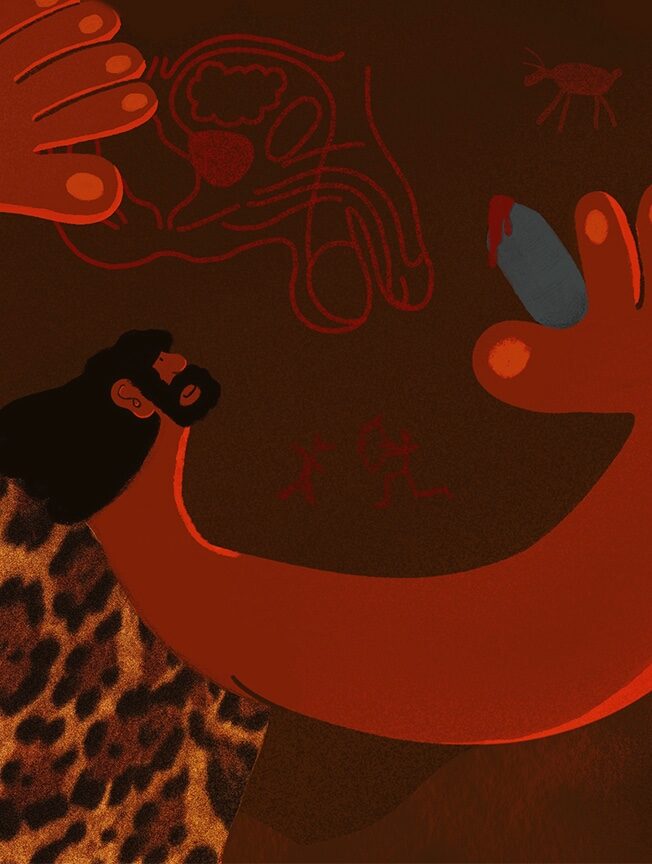 The Homophobic History of the Prostate Orgasm 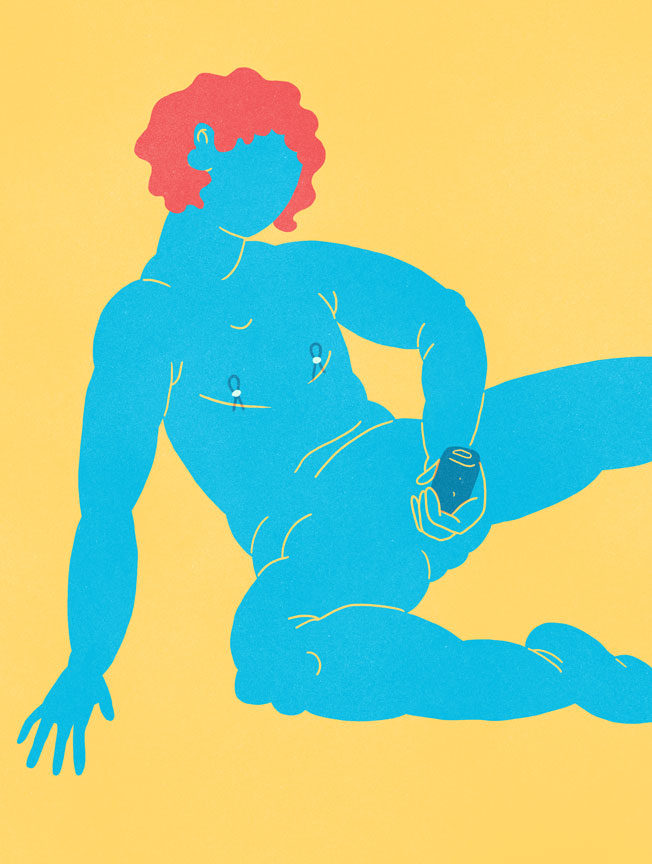 Why All Sex Toys Are “For Men” 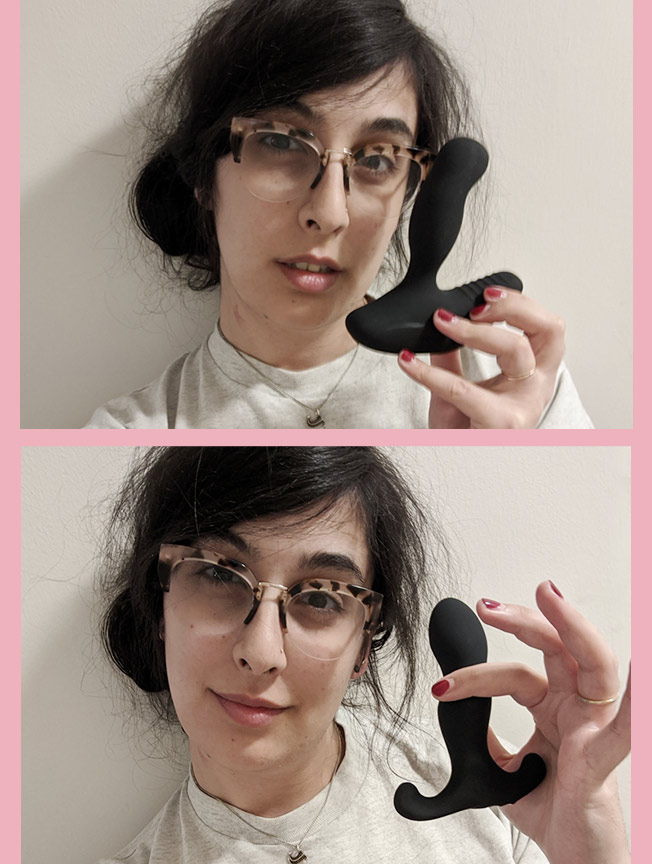 The Homophobic History of the Prostate Orgasm

Why All Sex Toys Are “For Men”

By Carta Monir
All Articles
Shop Our Boutique
LOADING