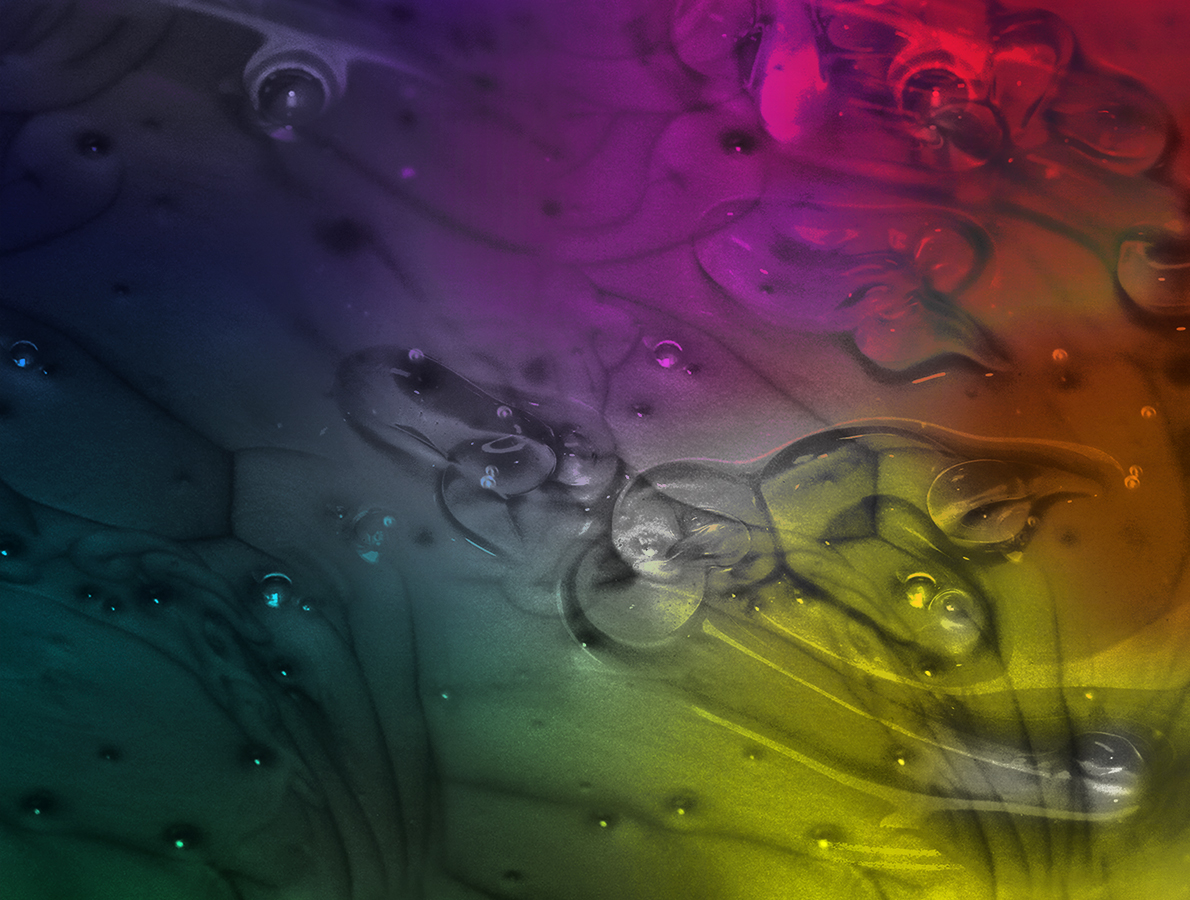 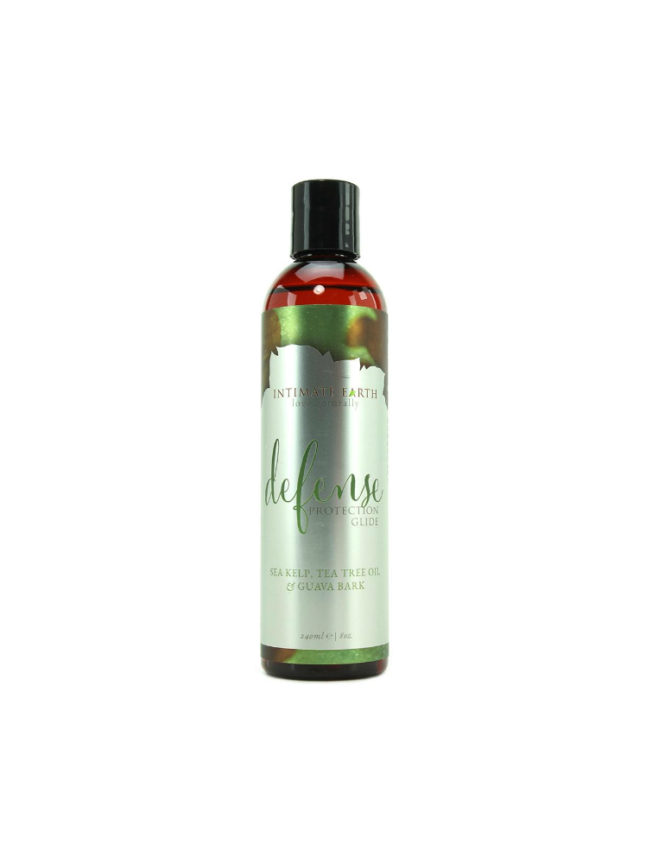 This piece has emerged after some demand from attendees and YouTubers following a keynote address I presented at the 2019 Sex Down South Conference in Atlanta, Georgia. Conference organizers Marla Renee Stewart & Tia Marie co-founded SDS in 2015 and set out to create a sex-positive space for people of all walks of life to come together, explore, connect, and share knowledge and skills. It’s an exploration destination “for all things sex and erotic.” One of their goals is to foster learning, inspiration, and wonder – and provoke conversations that matter. From sex education and sexual health, to healthy communication and relationship skills; from alternative lifestyles such as kink and polyamory, to sex and spirituality and navigating sexual trauma. There’s an intentional focus on how race, gender, class, ability, religion, and other factors influence the experiences of our bodies and sexualities. The 2019 Conference theme was Fluid.

As a social worker and psychotherapist grounded in diverse queer communities, I’m interested in how our relationship to bodily fluid is constructed and the extent to which biomedical approaches to fluids have come to shape our (Euroentric) approaches to fluid in other contexts. This piece is an exploration of how literal bodily fluids are connected to our understanding of gender and interpersonal fluidity, which exist in a larger social, cultural, and political world—as well as the limitations this presents. As you read on, I invite you to explore our own reactions (fear, rigidity, desire, curiosity) to fluid and fluidity and also examine where your fears might originate. I’d like to specifically demonstrate the connections between medical approaches to containing fluids and our subsequent fears of “contamination” in our sexual and social worlds. Finally, I’ll consider what might be possible in both relationships with oneself and others if fluids and fluidity weren’t understood as negative but rather existed on a neutral-to-celebrated continuum in our society.

This piece isn’t an academic one; it’s clinically exploratory, personally reflective, and for the reader, hopefully experiential.

This piece isn’t an academic one; it’s clinically exploratory, personally reflective, and for the reader, hopefully experiential. Let’s begin. Answer “yes,” “no,” or, “uncertain but cringe-ing” to the following statements:

*Think about this in a pre-COVID context. 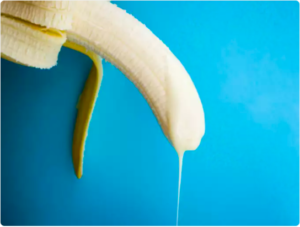 This is just a snapshot of your reactions to bodily fluids. What came up for you? Perhaps, anxiety, curiosity, fear, rigidity, desire for containment, disgust, or maybe arousal?

This is just a snapshot of your reactions to gender fluidity—note that your ability to be fluid is largely governed by your social context. You have likely observed all kinds of societal mechanisms that make it difficult to express fluidity or even explore it. And, this leads us to internalize other people’s biases and more specifically, their need for containment around gender fluidity.

These are some examples of what interpersonal fluidity can look like. It encompasses all the ways an individual moves in and out of social spaces and seeks to interact with others. This is just a snapshot of your reactions to interpersonal fluidity—your own and others’. Questions I would ask you about this type of fluidity include: are you in control of who it is you want to be? Does your affect, conversation, and humour feel authentic or does it feel compulsory that you modify who you are in different contexts? 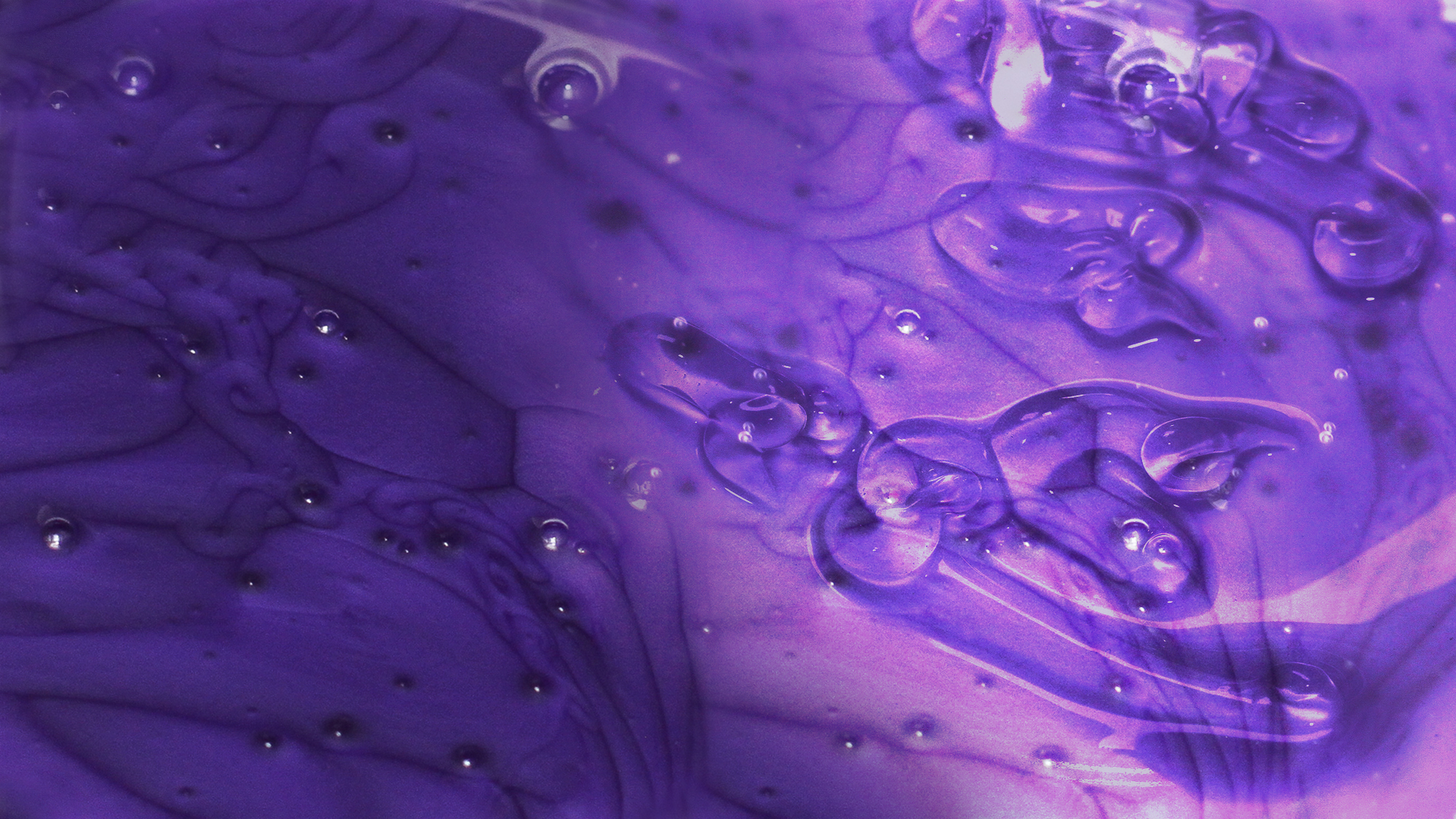 Fear and its Companions

When we identify the presence of fear, it is likely signaling a threat in our environment—including physical threats such as violence or the possibility of injury. We may have a visceral response to a direct threat or in anticipation of such a threat. If we expand the concept of fear to an emotional response to any kind of psychological, emotional or social threat, we then also expand our understanding of what responses to these threats can look like.

So, here’s fear by another name—discomfort. If I’ve been invited to a wedding with a plus-one and particularly a South Asian Muslim wedding, I know that some folks in my family and community are thinking, “Oh my, who is he gonna bring? How are they gonna fit in? How are other people gonna perceive this very public display?”  Now you wouldn’t necessarily think of that as fear, but I would say that discomfort in this instance is a fear of rejection or fear of standing out or a fear of being negatively evaluated.

Fear underpins a number of other affective states: discomfort, avoidance, urgency, disgust, secrecy, and adherence to norms. Though these will be my focus, it’s noteworthy that fear can also be the genesis of excitement and be cognitively misattributed as love.

I think about avoidance a lot because I have an avoidant attachment style, so that means I’m wildly independent, and that’s great, but I don’t always know how to ask for help. Also, despite being a therapist, I find communication in relationships challenging. When I dig deep into my avoidance around communication in relationships, it’s actually about a fear of loss. That is, if I were to initiate difficult conversations like my desire for other people while in a relationship, an interest in opening up, the sexual things I want to do with other people that I don’t want to do with my partner, I might lose something that’s relatively stable in my life. Or, at the very least, I might feel destabilized by the anticipatory loss that comes with those conversations.

Urgency and fear are very much connected. As are disgust and fear. Psychoanalyst Julia Kristeva would go further to suggest that the abject (or initial human reaction) can be inverted so that we desire what we fear: scary but exciting, risky but stimulating.

I used to be a tester at a sexual health clinic in Toronto. I triaged patients and provided point-of-care HIV testing. A segment of the testing population consisted of men with high anxiety and low-to-no risk. When I listened to their stories a bit closer, it was clear that the anxiety was driven by where they had sex or who they had sex with or the kind of sex that they had. At the time, each of those things was fear converted into excitement. Therefore, the anxiety around sexual health is sometimes less about not having the right information; rather, it’s about the fear and shame of the kind of sex some guys like or want or seek out. A testing clinic then becomes the ideal setting to activate fears around bodily fluid, elicit fear, and propel the anxious patient to turn onto themselves with feelings of shame and disgust. 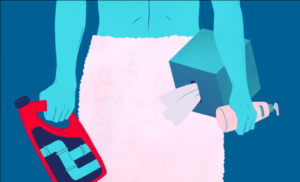 You might have wondered what the etiquette is if you need to jerk off when you’re visiting somebody else’s home for a few days. More likely, you’ve been worried that your semen could destroy the bathtub drain leaving you to explain what you think might have happened. What a literal nightmare! Rest assured,  I looked it up and I’m happy to report that your spunk is made up of coagulating and de-coagulating enzymes that will eventually cancel each other out. Getting off in someone else’s bathroom is a great example of something many of us might do but would feel mortified to have to talk about. It’s not so different from the context in which most people first learn to pleasure themselves. We seem to inherit knowledge of secrecy as a norm around sex and the output—the fluid itself—is evidence of the secret and sparks fear.

Have you been on Grindr or Scruff lately? There are lots of specific requests: “I’m looking for somebody masculine” (code for someone that doesn’t look or sound gay) or “I’m looking for somebody who ‘takes care of themselves” (which is code for someone who goes to the gym and has something to show for it). These asks trigger infinite anxiety in fellow online cruisers yet they continue. Why? I’d suggest they prevail for fear of losing sexual currency, fear of being read as gay in public, fear of rejection. Adherence to norms—in this case to do with rigid masculinity—serves as an indicator of fear.

As you can see, fear has many companions.

If you’re bleeding, you try to contain it with direct pressure and a band-aid. If a patient’s bowels are erupting, a surgeon can create ileostomy to move waste out of the body—a variation on containment. In medicine, we also contain fluids and openings by patching up, covering, and stitching. The objective is to prevent contamination that can lead to an infection. The fears around contamination are warranted and important to think about.

In her book My Leaky Body: Tales from the Gurney, Julie Devaney documents her numerous encounters with medical professionals and examines their various reactions—disgust, fear, bewilderment, suspicion, and clinical curiosity—to her bodily fluid resulting from unpredictable ulcerative colitis flare-ups. As someone who has no option other than to be chained to medical settings, she illustrates just how hard people work to keep bodily fluids contained.

Our Favorite Sex Toys Under $50 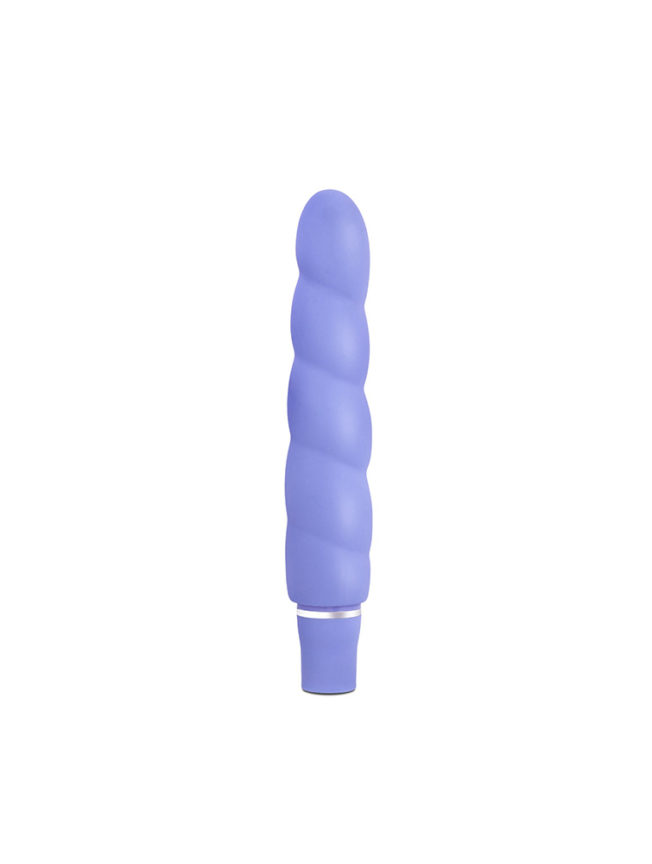 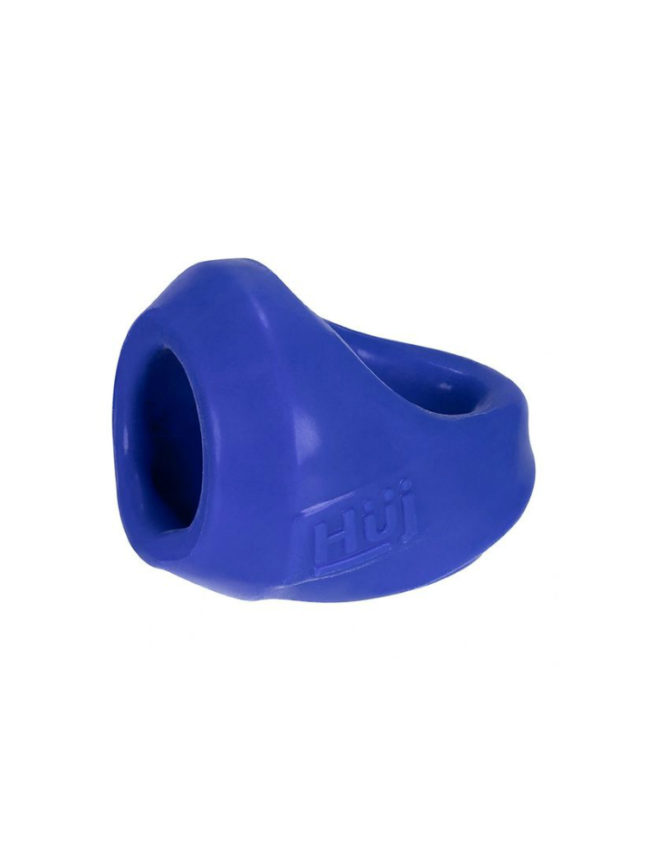 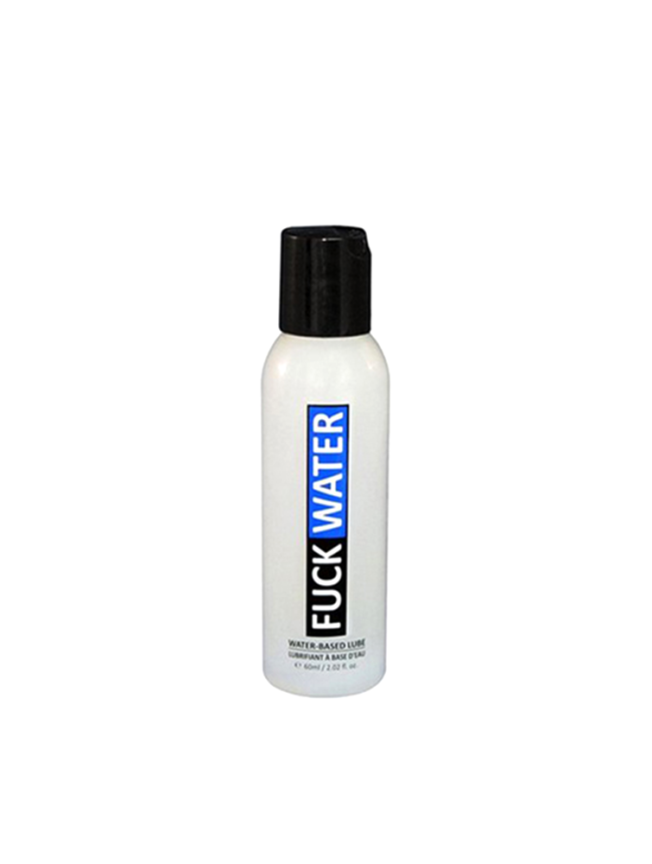 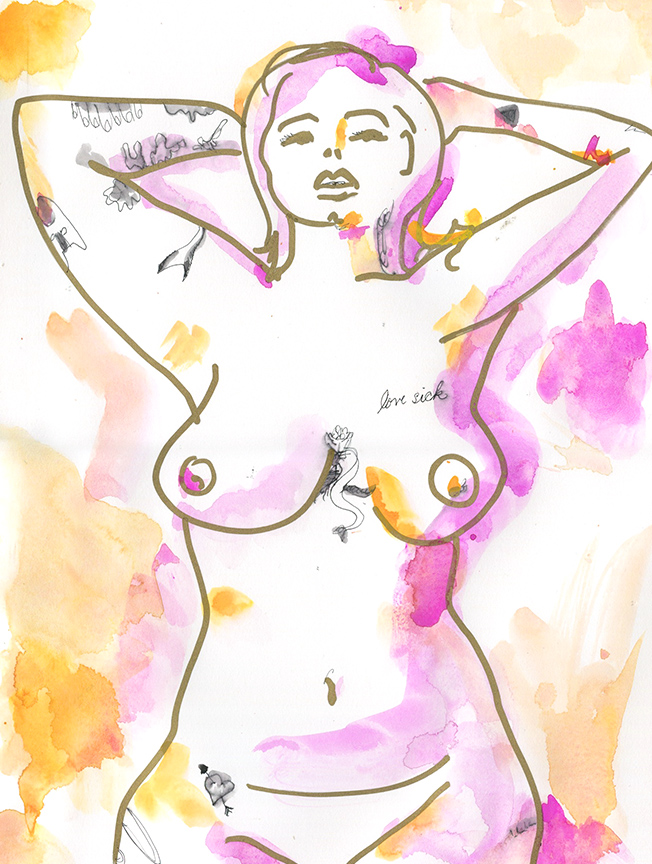