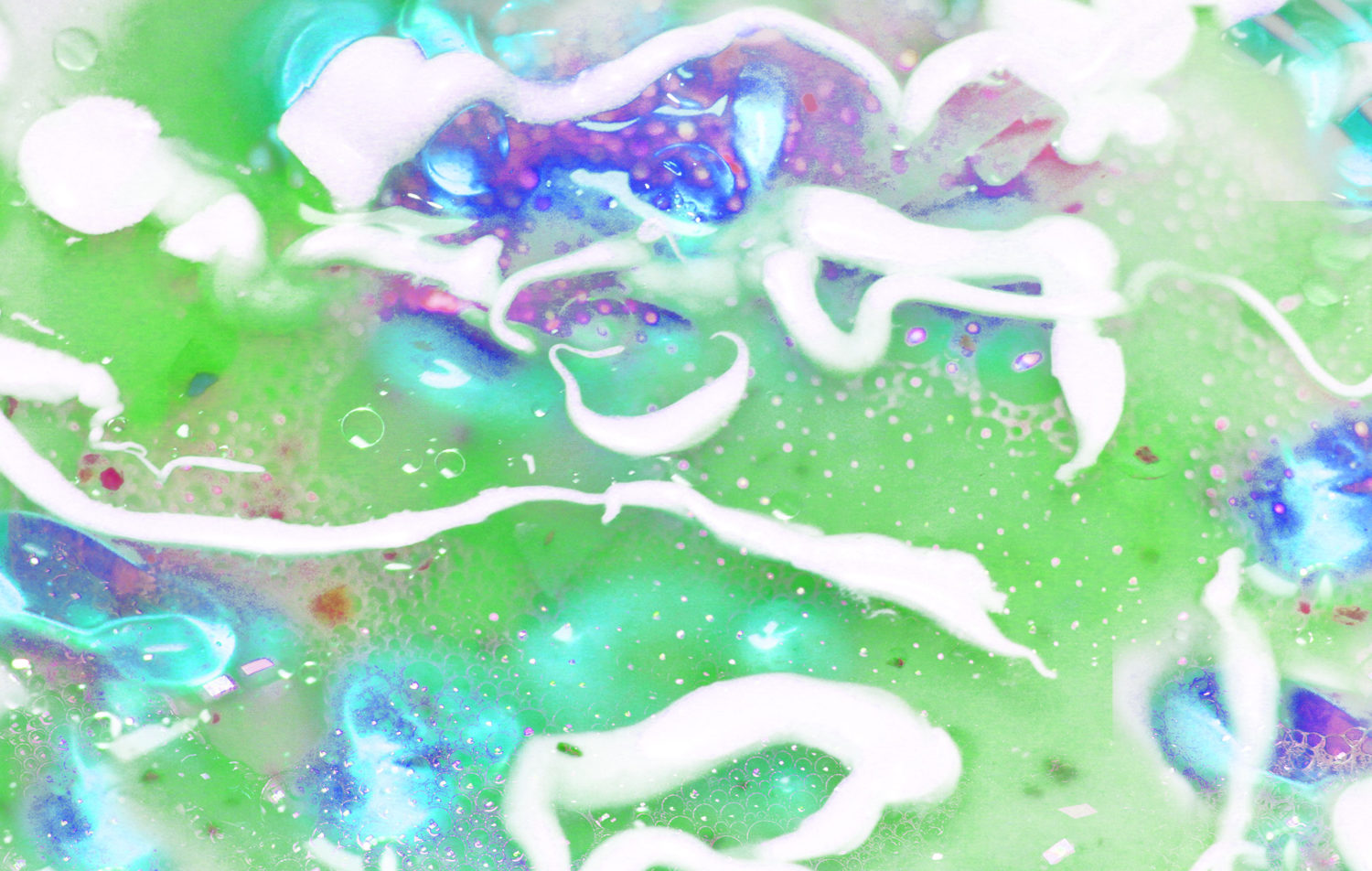 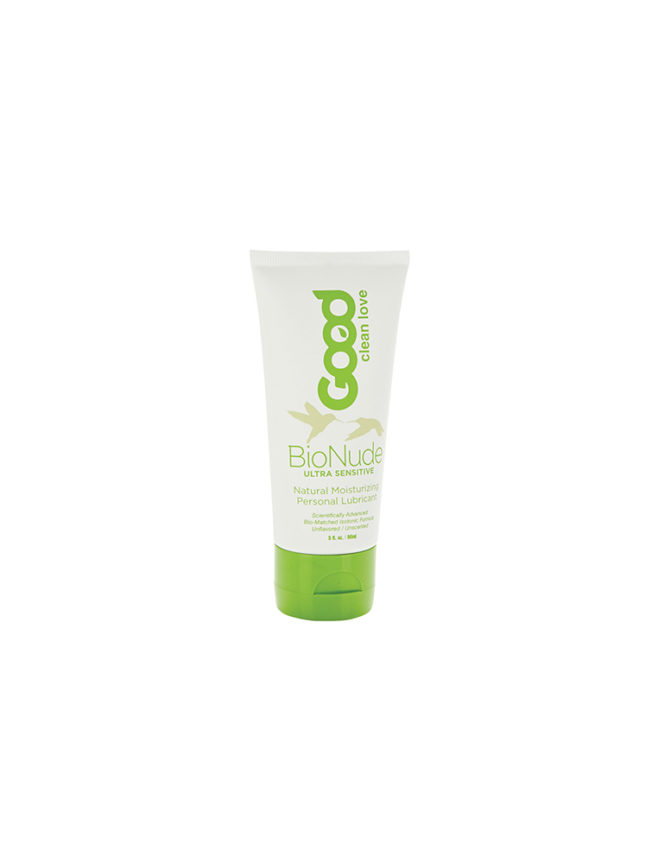 I was born in 1985. The first film I ever watched that mentioned AIDS was Philadelphia (1993). I was quite young and this was the first time I associated the term AIDS with gay; and though I had an acute curiosity about what it meant to be gay, I was far from applying the label to myself. By 2004, I had been to my first Toronto Pride (unbeknownst to my family) and was seeking advice about safer sex from an older friend whom I could openly talk to. She said, “just assume everyone has it [HIV] and use condoms.” It wasn’t the worst advice: be concerned about bodily fluids in sexual contexts. Though I did, I wondered why I had to think about HIV/AIDS and others in my peer group didn’t. I was coming out in the shadow of an epidemic, but didn’t understand it fully. What I understood clearly was fear.

I reworked fear into education and made gay men’s sexual health and wellbeing a focus of my post-MSW career. Working as a Sexual Health Counselor and Tester, from 2011-2013, I recall giving only one positive test result for HIV to a straight man while our clinic saw newly diagnosed gay men every few weeks. To be clear, many patients were anxious about STIs, including HIV, but the impact of HIV manifested differently along clear lines of sexual orientation.

Because gay men have, and continue to, face stigma for having sex with men; and specifically, because they’ve been at the receiving end of people’s hate and disgust, being able to have sex has come to mean a great deal beyond pleasure. Specifically, fluid, and exchange of fluids, symbolizes connection and liberation. What has been endlessly painful for gay men is that sex which represents liberation has also signaled deep loss from AIDS-related illnesses and deaths. And that’s how systemic homophobia morphed into biological warfare which taught us to fear ourselves and each other.

A version of this article appears in print on May 30, 1983, Section 1, Page 14 of the National edition with the headline: FACING THE EMOTIONAL ANGUISH OF AIDS. The digitized version can be found here.

Fear of fluid doesn’t exist solely in the realm of sexual health and gay men’s communities. I grew up listening to dancehall and reggae—and pretty much anything that was aired on 106 and Park. I sang along to many tracks long after realizing that they were problematic. Aligning myself with certain brands of masculinity felt good for some time and memorizing lyrics was a true pastime of mine. The clearest examples of “fluid talk” I can recall are in the songs Red Red by Beenie Man and Nuttin No Go So by Notch. Have a look at the lyrics:

How bizarre that, as a gay man, I loved singing a song that stated “you never lie with another man inna bed”; and that I was simultaneously learning about how real men should negotiate sex with women: “And you never have a sex with a gyal when she under code red” (i.e. while menstruating) / “No gyal never kiss your mouth aft’ she done give you head.” That’s right, fluids are scary and disgusting—especially anything that suggests you could be gay or that you’d want to interact with polluting menstrual fluids. That is, fluids from below the waist should not go anywhere near fluids above the neck. This exact message is echoed in the chorus of Red Red as shown above. It occurs to me that racialized masculinity is complicated by colonial understandings of the brown and Black bodies as hypersexual which have in turn become ways we see ourselves; but this could use some dismantling.

Self-pleasure is also frowned upon: “you never build your shoulder muscle with your third leg.” I have to pause and now laugh. This is quite the metaphor for masturbation likely for the most fragile of masculinities. I’ve never considered my penis to be big enough to be a third leg, but maybe we are meant to see the penis as symbolically being as big and mighty as an entire leg? Nevertheless, these messages around sharing of fluids are particularly gendered and they tell us what’s allowed and what’s not allowed, what men should sexually want to do and what they should boast about being able to do.

So, fear and bodily fluids. We return to the echoes of medicine: prevent leaks and avoid contamination by seeking containment; anything expelled must be controlled. If we defy the misogynistic messages in music and erotize fluid, we are then left with the fears of sexual health consequences. 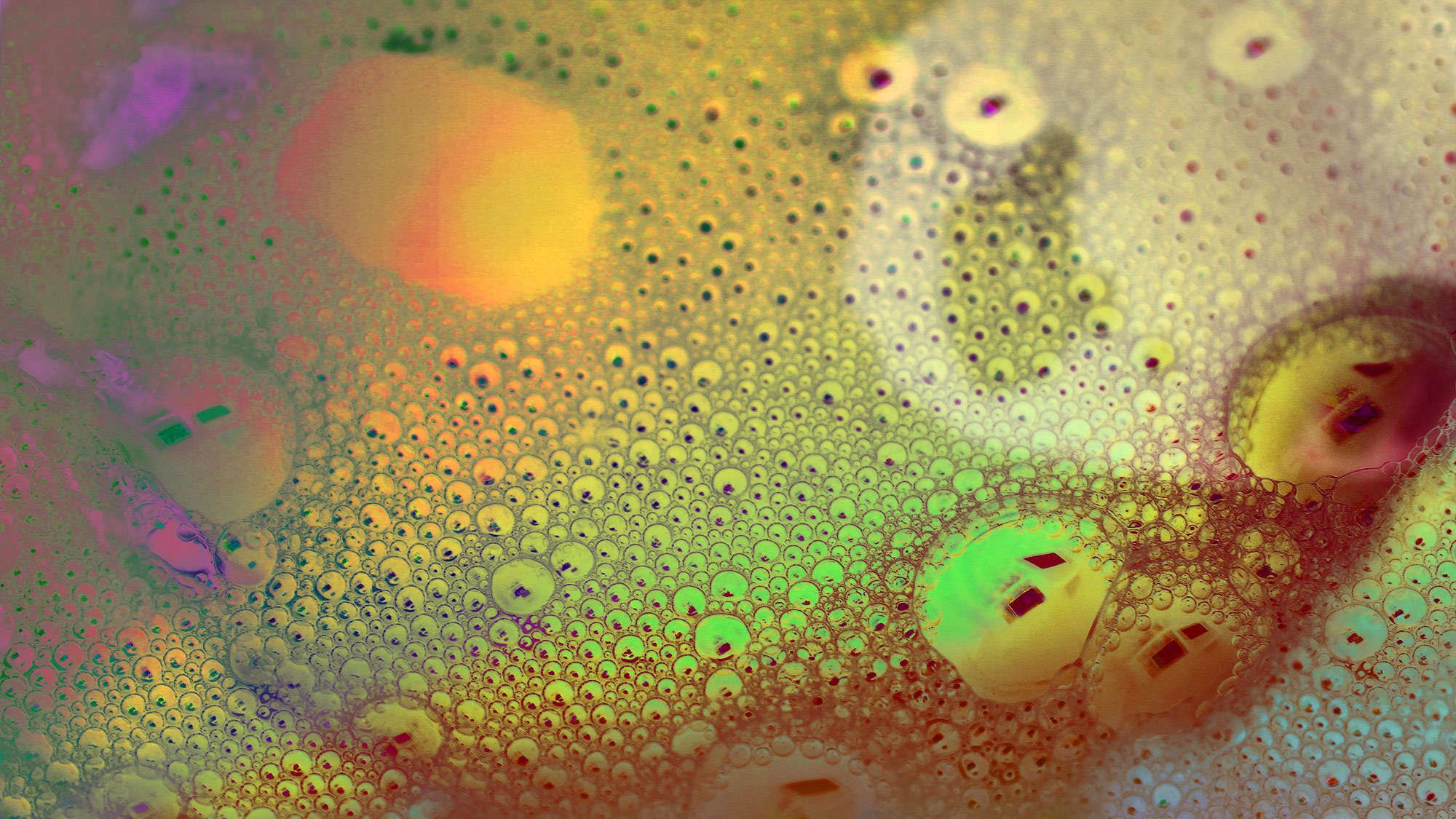 Our medical understanding of containment—for fear of contamination—spills over into how societies regulate gender fluidity and uphold the gender binary. Gender fluidity can be conceptualized as gender expression that operates on a continuum of masculine to feminine or a form of expression that challenges the idea that that continuum exists altogether. It’s a representation or expression of yourself with regard to how you appear, how you dress, how you talk about how you see yourself, and the mannerisms that emerge when you interact with people. Gender fluidity and expressions are multifaceted and can mean many things to many people.

Now, why might people be afraid of gender fluidity and where do these cultural messages of fear originate? Here are some pop culture examples of gender, and masculinity in particular, where I received some of my life lessons of celebration and fear.

Saved by the Bell (1989-1993) did very little in the way of gender bending but it illustrated specific messages around masculinity over and over. Zach was the pretty boy, Slater was the athlete, and Screech was the nerd. Of these three guys, Zach and Slater were interested in girls and we as the audience were made to feel like that was a normal expectation; whereas Screech, with his book smarts and short-skinny stature should not have expected to be at the receiving end of any romantic interest. Of course, in real life, we know that Dustin Diamond (Screech) began the show at age 11 and was three years younger than Mario Lopez (Slater) and Mark-Paul Gosselaar (Zach), which would likely have influenced the roles each character played relative to one another on the show. In addition, I have no doubt that many young boys felt represented by Screech in how they saw themselves in high school. Nevertheless, this 90s sitcom trio of child actors sent me—and undoubtedly many others—a message that the range of desirable masculinities is rather narrow and deviation from the range comes with ridicule.

In West Philadelphia born and raised, on the playground he spent most of his days. One little fight and his mom got scared; she said, “you’re moving with your Auntie and Uncle in Bel Air.” The reason we all watched The Fresh Prince of Bel Air (1990-1996) was for comedian and actor Will Smith who essentially played a fictionalized version of himself on this 90s sitcom.  Our many audience laughs came from the clashes of his working-class ways of operating in the world against the backdrop of the lifestyle of his wealthy relatives who live in a mansion in one of the most wealthiest parts of the United States. Where there’s a comedian, there are targets for jokes. For six full seasons—148 episodes—the targets were frequently the overweight Uncle Phil, or Philip Banks (James Avery), and the uptight but nerdy, short cousin Carlton Banks (Alfonso Ribeiro). We are taught to celebrate Will’s manifestation of masculinity—tall, conventionally attractive with a trendy faded haircut, and a risk-taker whose life goal is to win the admiration of women. In that endeavour, we’re also taught to desexualize other examples of perfectly healthy (and attractive) ways to be a man. Making body fat and intelligence the enemy, young men are once again faced with limited representations for how to be an adequate man. In short, fluidity gets paired with ridicule, which acts as a form of cultural containment for masculine gender expression.

Now, this idea of containing the nerdy brand of masculinity gets turned on its head with the wholesome series Family Matters (1989-1998). Steven Quincy Urkel (Jaleel White) is the main character that audiences grew to love and laugh with. He spent his days at The Winslow’s because they felt more like family than his own and he conveniently lived next door. He spends the entirety of the series trying to win the love and affection of Laura Winslow. In the process he was rejected and ridiculed endlessly. Though he had some celebrated moments as the authentic nerdy character—such as leading the Urkel Dance with his peers at school—the apple of his eye Laura was most attracted to him when he jumped into a transformation machine and emerged as his own alter-ego, suave Stefan Urquelle.

What is particularly interesting about Laura’s shift in attraction is that Steven and Stefan are two characters played by the exact same person: Jaleel White. And, we learn an important life lesson: you can be brilliant and nerdy and you will be simply tolerated by others; but if you wear the right clothes and master the slower motion of masculine mannerisms, you too can suddenly be very desirable. Gender fluidity is celebrated here specifically because it is a move toward normativity. This containment of masculinity gives us so much relief—it gives us the green light for Steve’s ability to “mix” with “normal” people (that is, romantic relationships and exchange of literal fluids) without the fears of social or genetic “contamination.”

Gender bending in a container

In the mid 90s, I looked forward to the weekly Thursday night Fox lineup of sitcoms: Martin, Living Single, and New York Undercover. Martin (1992-1997) was one of my favourites and without hesitation, I would call Sheneneh the star of the show. She was played by Martin Lawrence in drag and personified the stereotype of a Detroit “ghetto girl” regularly getting into conflicts with Gina and Pam in the hallways of her apartment building between her unit and theirs. Not only did this show break through barriers of gender fluidity, as riled up as characters became with Shehneneh’s tendency to instigate comedic conflicts, she was never misgendered. She was just accepted as another character. 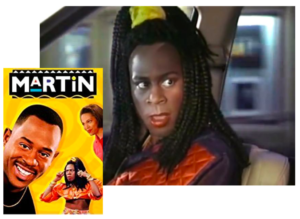 At age 10, I learned to imitate Sheneneh and my peers thought I was great at it! This was a very early experience for me of transgressing the norms—or containment—of masculine gender expression. Twenty-four years later, as a gay man with a graduate degree in the social sciences, I look back with gratitude for this character but also with critique. One of the messages that gets socially transmitted here is that you can expand your gender expression as a man only if you’re impersonating women in an exaggerated way that actually kind of makes fun of them and reinforces the man’s superiority.

We sometimes see a similar dynamic play out in gay men’s communities and drag performances. Of course, drag can be a beautiful way to explore gender; it can also be political, subversive, fun and campy. I am not suggesting that either Sheneneh or drag queens at large bank coin on performances that are inherently misogynistic or sexist, not at all. Still, what is crystal clear are the socially constructed “containers” in which gender can be explored safely—it doesn’t pave the way for us to embrace true gender fluidity in our day-to-day lives 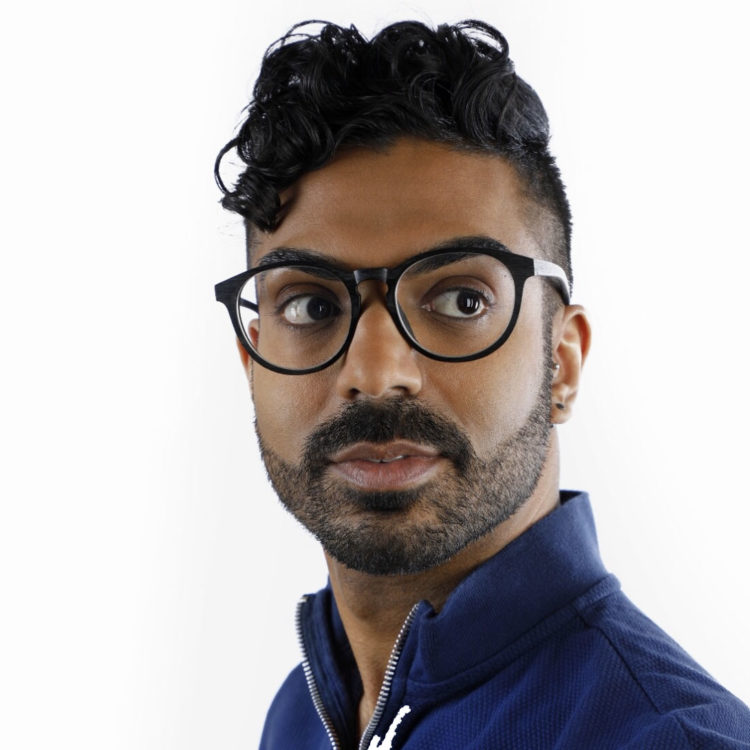 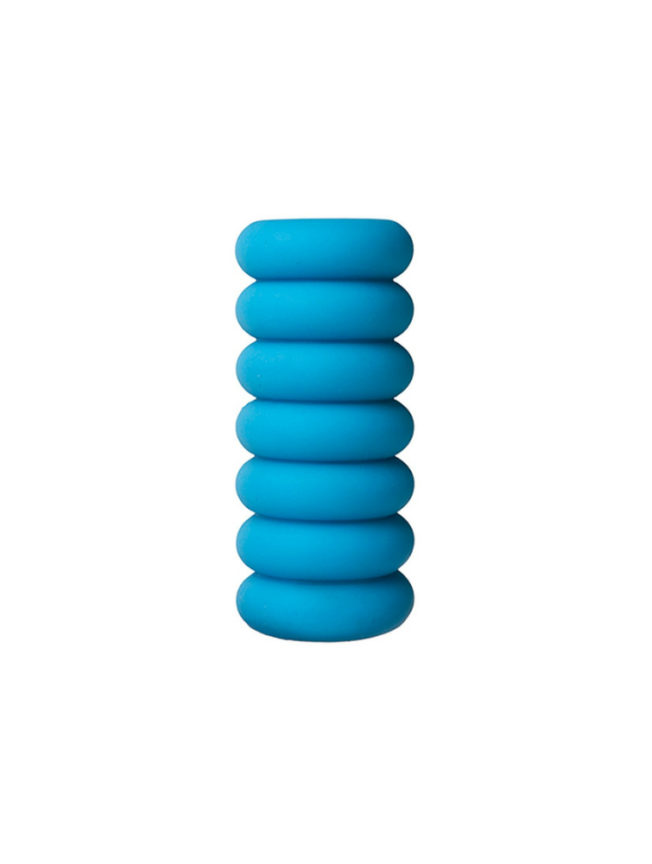 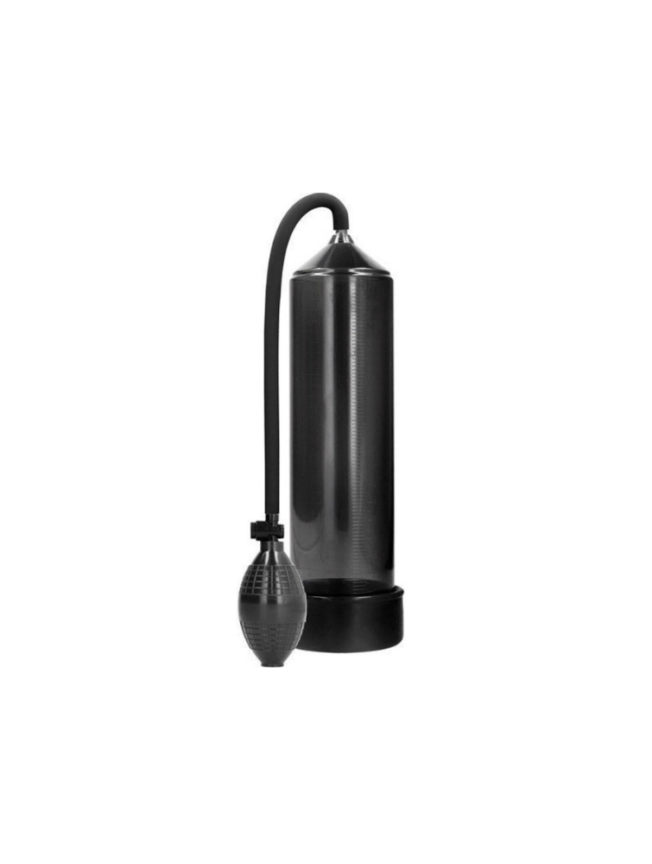 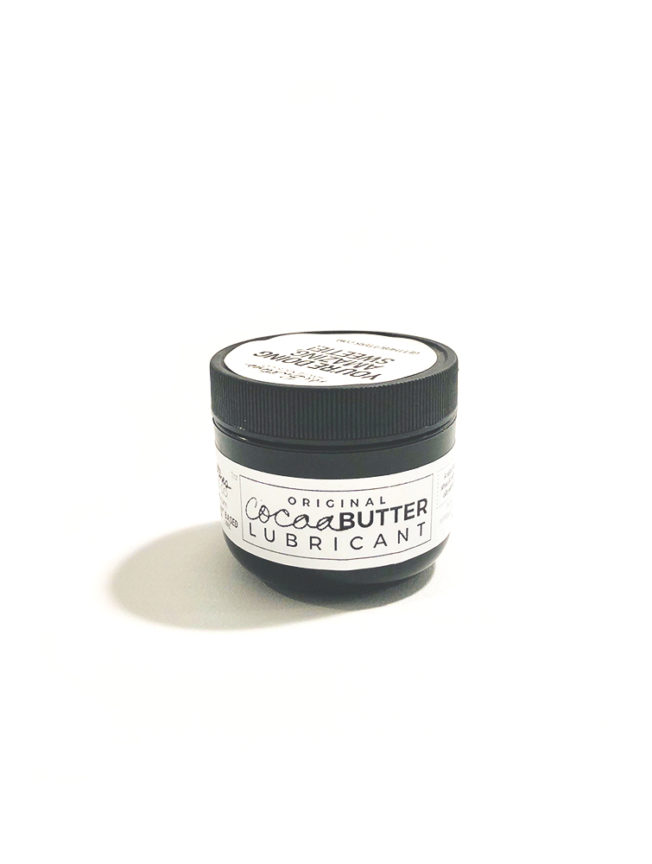 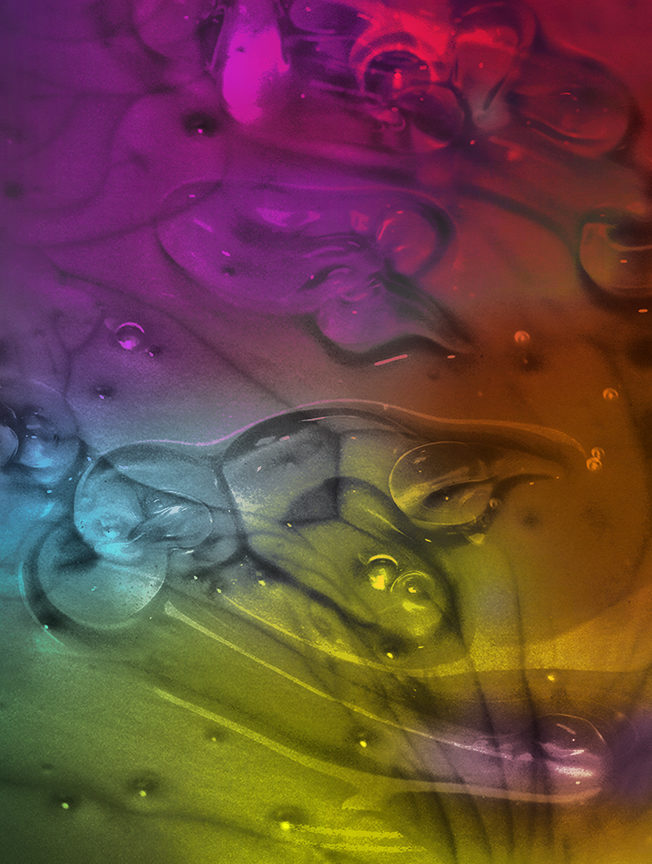 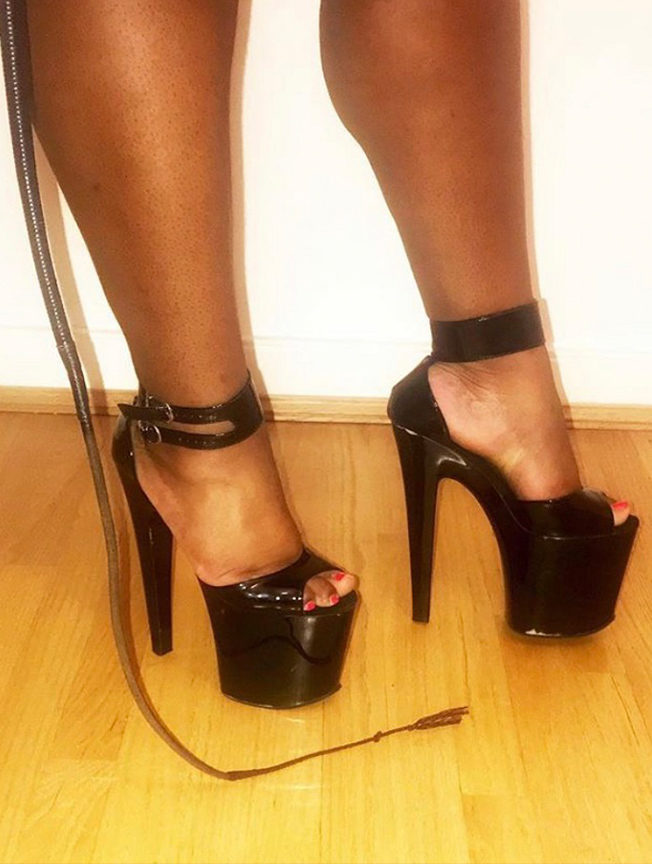