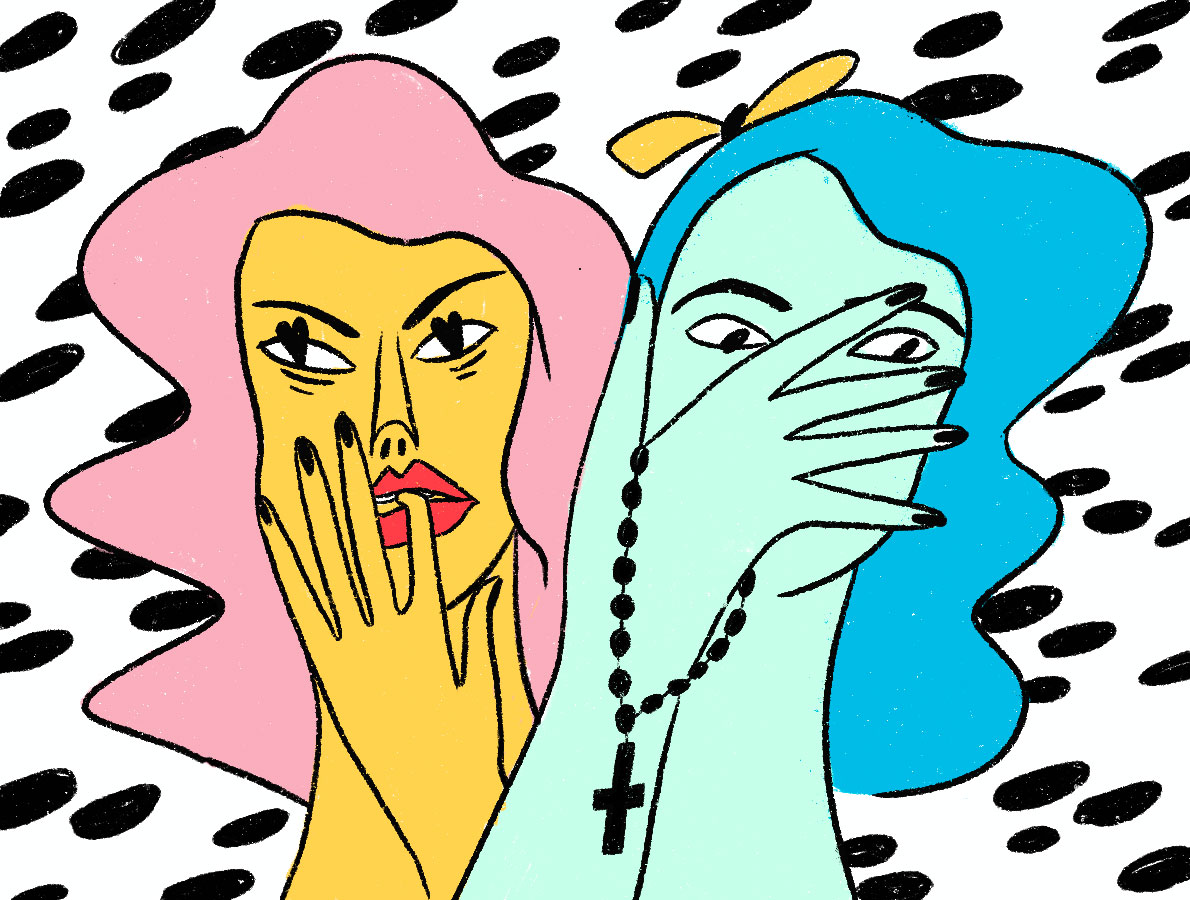 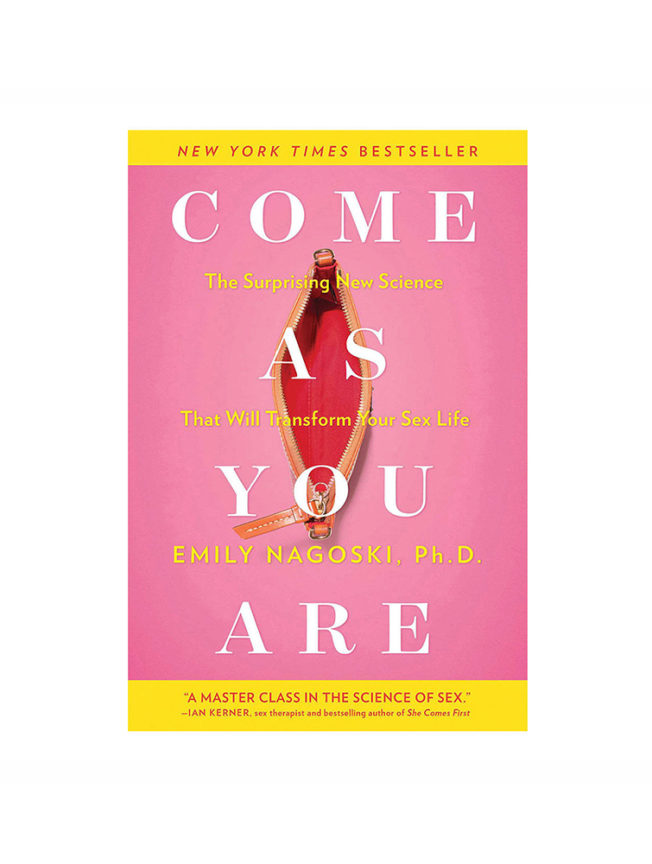 Come As You Are

Come As You Are

When I was 9 years old, I was able to go visit a friend who had moved away a few years prior. Her older sister let us hitch a ride in her best friend’s jeep, and the two teenage girls were rhythmically popping their arms through the open top as they blasted “No Scrubs” by TLC (it was the ’90s). They wore matching spaghetti strap tank tops, denim booty shorts, and oversized sunglasses that boys called “cum stoppers”. One of them, my friend’s sister, wore a silver necklace that said “sexy” in cursive letters. We were driving down the middle of butt-fuck nowhere, and there was a grand total of zero boys in the vicinity.

At the time, these teenage girls seemed to me to be both the epitome of cool and of distasteful promiscuity.

At the time, these teenage girls seemed to me to be both the epitome of cool and of distasteful promiscuity. On the one hand, they appeared to be moving confidently in their bodies, not giving a single fuck, and having tons of fun. On the other hand, they were exhibiting what I had learned to be key markers of sinful hypersexuality: revealing clothing, suggestive dancing, and even making overt references to sex. And yet, it was the absence of a male gaze that intrigued me most. These girls were behaving this way for no one else. The lyrics they were belting at the tops of their lungs were: “No, I don’t want your number / No, I don’t want to give you mine and / No I don’t want to meet you nowhere / No, I don’t want none of your time”. These girls didn’t need a male audience to feel sexy. They could embody and exude sexuality all by themselves.

And yet, it was the absence of a male gaze that intrigued me most. These girls were behaving this way for no one else.

The big reveal of this story is not that the two best friends turned out to be lesbian lovers—sorry, they didn’t (although I, myself, would realize I was queer over a decade later). The reveal, for me, was that there appeared to be a gap between why our sexuality was supposed to be immoral, and how our sexuality was actually experienced.

At the time, I was deeply entrenched in a misogynist, queerphobic, purity culture community, in which I was alienated from myself. I was assigned female at birth (AFAB), but I didn’t feel totally “girl”. I was presumed straight, but I didn’t seek any romantic relationships with boys. I was prohibited from learning about and exploring my own body. To all you other queer AFABs stuck in that prison—I see you. I feel your hurt. And I’m here to say that there is a bigger world out there, one that’s not so lonely and suffocating.

Like many other young AFABs raised in a purity culture, I was taught to not exhibit sexuality because it could cause boys and men to lust after me. And although lust would be a sin on their heads, provoking that lust would be a sin on mine. (Truth be told, the idea of men lusting after my prepubescent self was scarier than racking up a few sin points for the afterlife). Even without any sexual intentions, I was told that my body in itself was a target for male lust, so I’d have to do my very best to hide it as much as possible, lest it lead any upstanding gentlemen to their doom.

“Boys can’t help themselves,” my youth leaders would say, “but you can. Don’t give them a reason to break the law of chastity.” 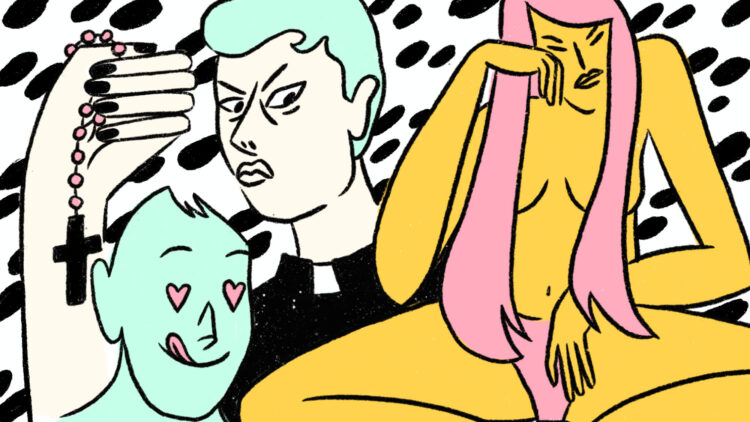 So when I saw those teenage girls dancing, it blew my mind. What did it mean to feel sexy without anyone around to seduce? How could dressing immodestly and dancing provocatively be a sin if there’s no one to lust after us? And how was it even possible to be sexual all by ourselves?

being told this repeatedly could lead anyone to resist developing self-touching as part of a normal, healthy sexual development.

The answer, I discovered, is a resounding yes. The very same teacher recommended Come As You Are by Emily Nagoski as optional reading. It’s a book primarily written for ciswomen (both straight and queer), but it contains a decent amount of information about human sexuality in general. And many of those nuggets are pure gold. One of them explains how sexuality is not a drive system, like hunger, that kicks in when we go long enough without eating to keep us alive. Rather, it’s a system that’s excited by things that turn us on and inhibited by things that turn us off. These things can be external sensory stimuli (e.g. silky sheets, ass slaps, the smell of garbage) or internal thoughts (e.g. kinky fantasies, the possibility of pregnancy, body dysmorphia). You can probably guess that what excites and what inhibits varies from person to person. But what’s just as important is that it also varies depending on context and it can change over time. In fact, almost all of our existing stimulus responses were developed over time by repeated association (e.g. repeatedly seeing black lacy lingerie during sex scenes on TV can lead someone to feel turned on just by seeing a hint of black lace in a clothing pile on the floor). Likewise, we can change and develop new responses over time by creating different repeated associations. And this, my friends, has been my key to unlocking shameless pleasure in sexuality, whether that sexuality is experienced through masturbation, having partnered sex, or dancing to TLC with your bestie.

I’ve grown to love the term “self-pleasure” for its focus on the purpose of the act, rather than the technique.

Whichever term you prefer, consider whether a meditative approach to experiencing pleasure in your body sounds worthwhile to you. If it does, arrange space and time that will give you an opportunity to explore your body and mind simultaneously, ideally without interruption. If you have a disability that limits self-touch, try using an assistive sex toy or asking a trustworthy PCA for help (Cripping Up Sex with Eva and Bang! by Vic Liu are fantastic resources for this).

Take notice of what you are thinking, not to praise or criticize yourself for having certain thoughts, but just to be aware of them. Explore different areas of your skin that you haven’t touched yet.

Rather than head straight to the genitals, try slowly feeling the skin around your whole body, pausing on areas that request more care. Take notice of what you are thinking, not to praise or criticize yourself for having certain thoughts, but just to be aware of them. Explore different areas of your skin that you haven’t touched yet. Next, try focusing your thoughts on the sensations in your body—how does it feel? What is your body telling you? What feels pleasurable?

When you are ready, begin to explore near areas that have usually brought up feelings of shame for you. If direct touch is too overwhelming, try exploring these areas over some clothing or a sheet for now. As you do this, repeat a self-love mantra of your choice. Some of my favorites are; “I can love myself as I am”, “My body is a work of art”, and “Pleasure is good for me”. But of course, you can say anything that sounds right to you. You can repeat them in your head, but I find that repeating them out loud helps me focus. If you notice your mind wandering, there’s no need to chastise yourself—simply let the thought pass and bring your attention back to how your body feels as you repeat your mantra. And if this self-love session felt even a tiny bit pleasurable, ask yourself if you want to do it again tomorrow, or next week.

The good news is that there are many ways to heal.

I cannot promise you that this practice will eliminate all the shame and replace it with all the pleasure. I cannot even say that it will work the same way for you that it did for me. We all heal differently. The good news is that there are many ways to heal. This is only one way, passed down from one beautiful survivor to another, and you’re very welcome to give it a try. 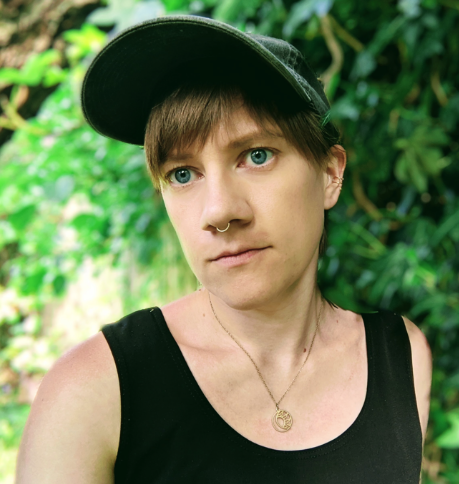 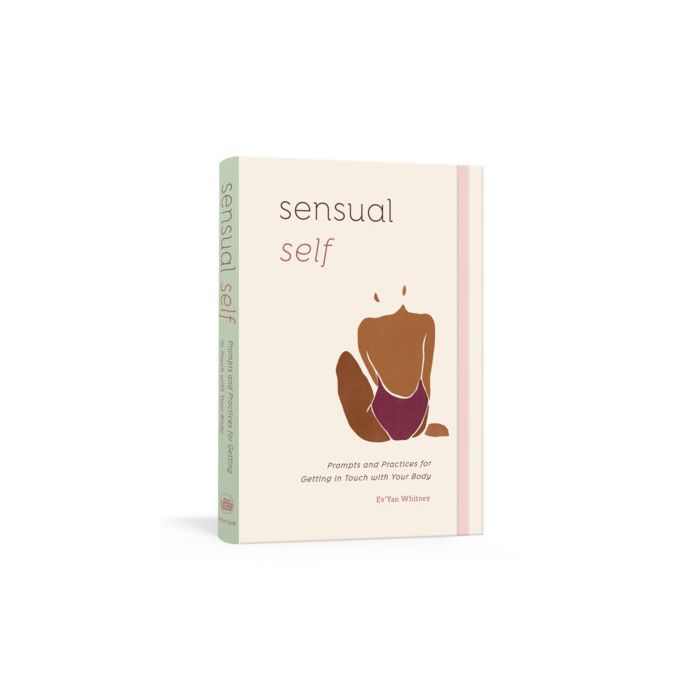 Sensual Self Prompts and Practices for Getting in Touch with Your Body: A Guided Journal By Ev’Yan Whitney 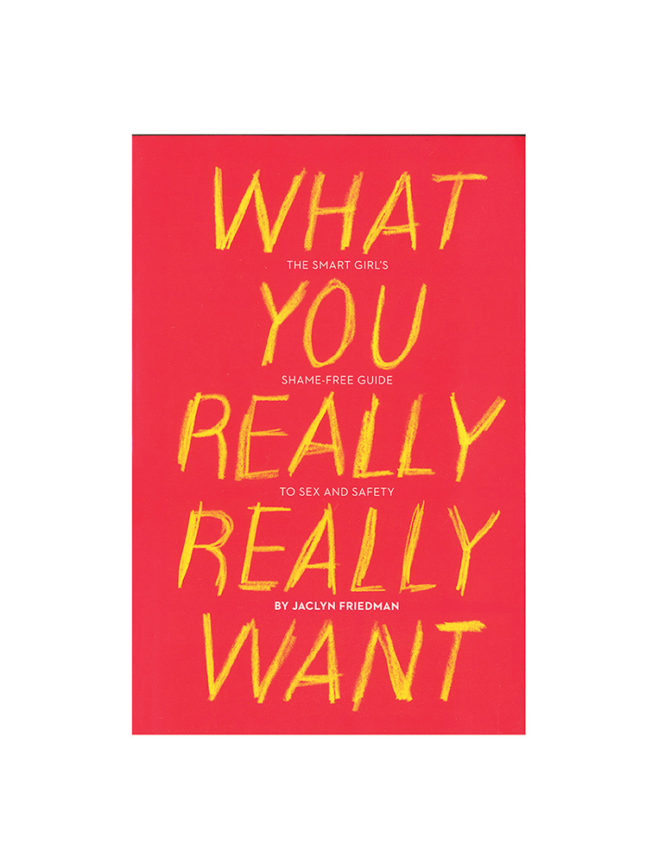 What You Really Really Want: The Smart Girl’s Shame-Free Guide to Sex and Safety 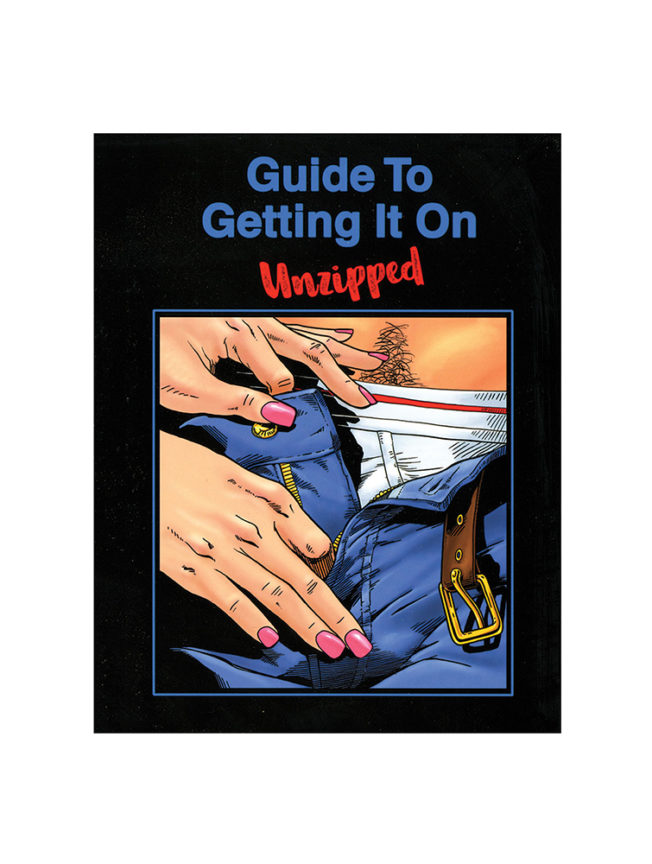 Guide To Getting It On, 9th Edition

Sensual Self Prompts and Practices for Getting in Touch with Your Body: A Guided Journal By Ev’Yan Whitney

What You Really Really Want: The Smart Girl’s Shame-Free Guide to Sex and Safety

Guide To Getting It On, 9th Edition 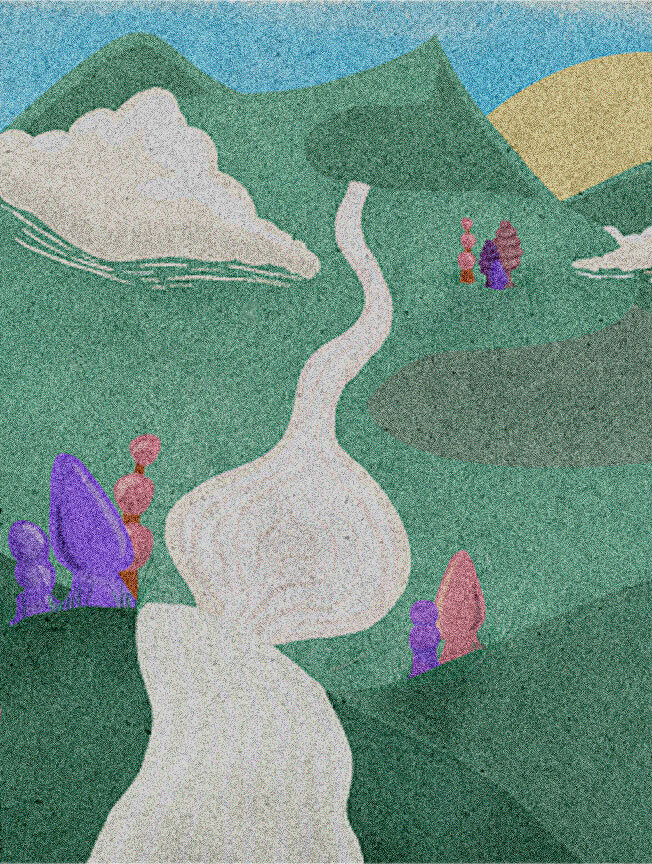 The Fantasy Model of Sex 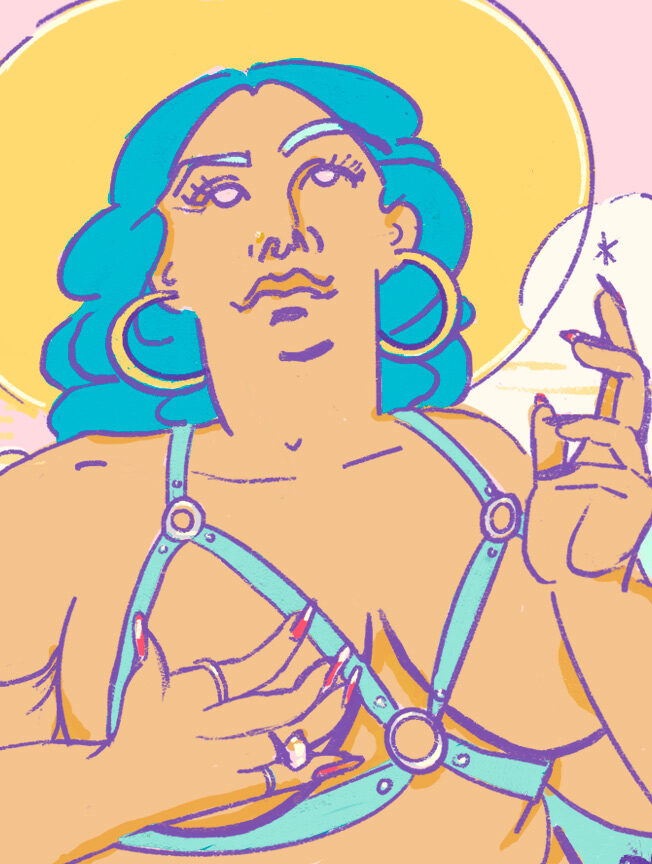 Untelling the Myth of Virginity 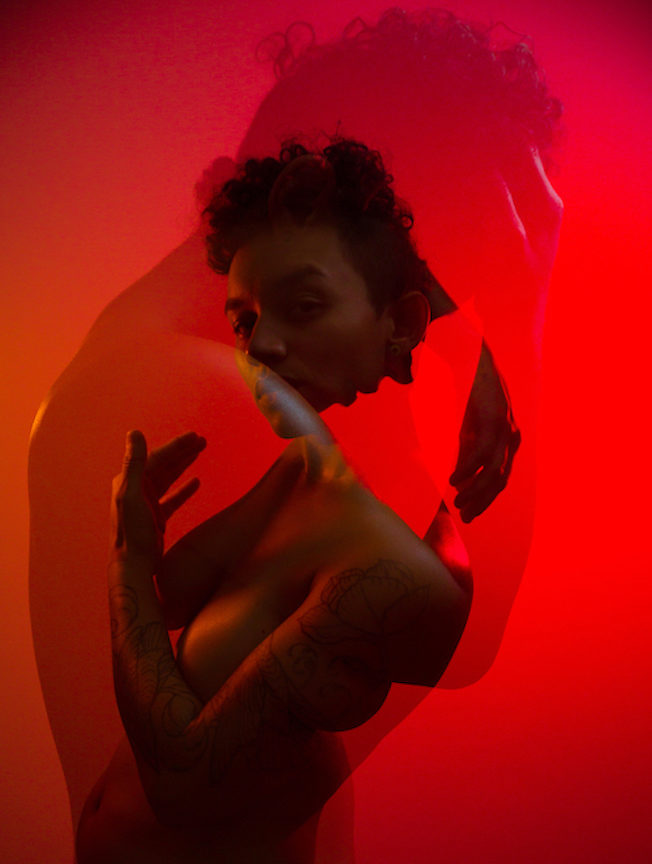 Finding Pleasure in a World Set on Destroying You

The Fantasy Model of Sex

Untelling the Myth of Virginity

Finding Pleasure in a World Set on Destroying You

By Sybil Vane
All Articles
Shop Our Boutique
LOADING