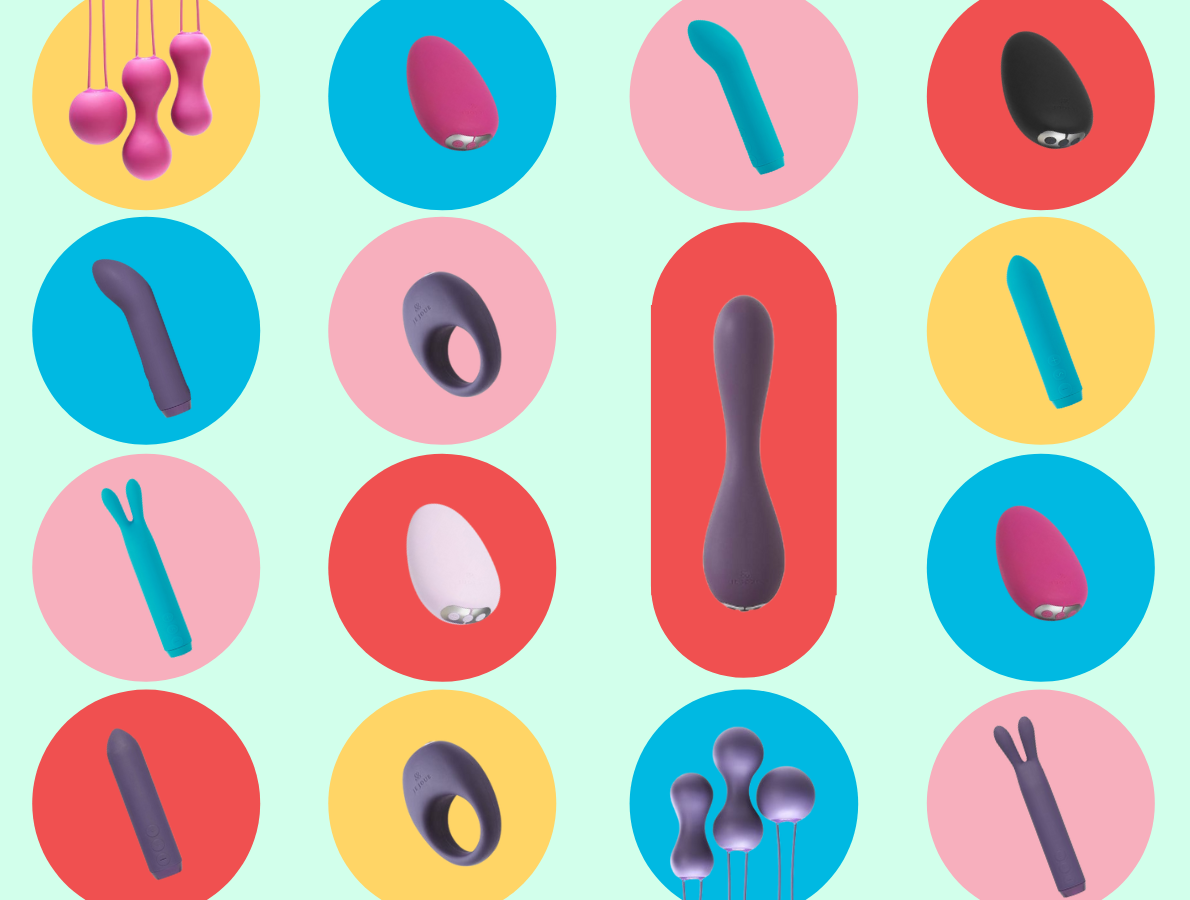 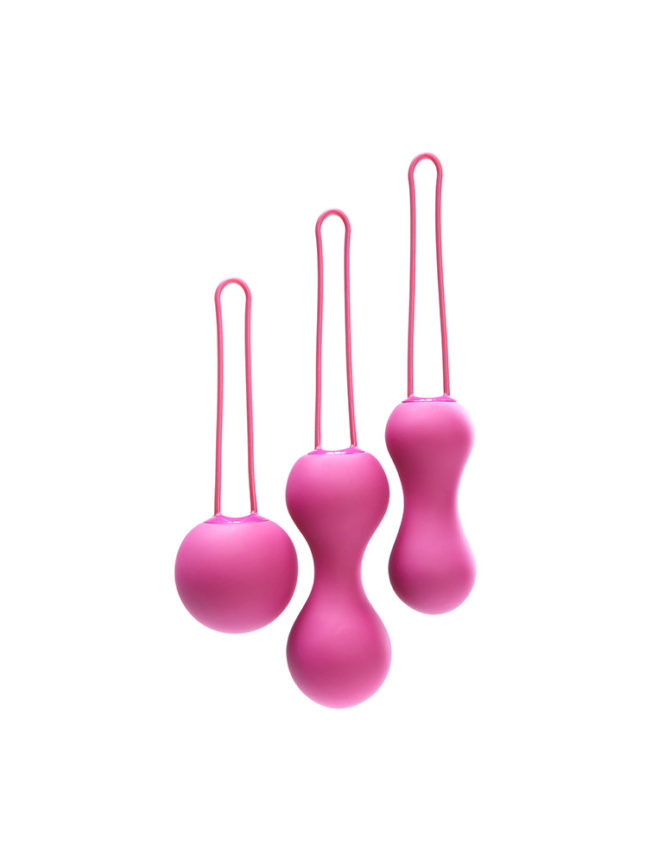 When I was asked to review Je Joue products, I didn’t know where to start other than “I love Je Joue, very few brands come close to the quality of the vibration and the silicone feels so nice!” As I sat down to write, I started to remember the ways in which Je Joue has been instrumental in the way I think about and talk about sex toys, both as a sex educator and as a consumer, and what started out as an ode to the Je Joue Mimi vibrator and Je Joue Mio c-ring has become more of a retrospective on Je Joue products and their impact on the sex toy industry. And also, an ode to Mimi and Mio.

Back then, most vibrating toys (including insertable ones) were made from jelly rubber, vinyl, or TPE, though [a few brands] had been propelling the use of silicone for insertable toys since the 90s....

I’ll start here: My first official trip to a sex shop was back in the year 2000 with my hookup friend at the time, a cis guy who lived in my dorm. We went to what back then was dubbed a “woman friendly” sex shop that had a sex ed focus and sold more body-friendly products than were widely available at the time. Still, back then, most vibrating toys (including insertable ones) were made from jelly rubber, vinyl, or TPE, though brands like Vixen, Tantus, and Fun Factory among a few others had been propelling the use of silicone for insertable toys since the 90s, bringing more wide-spread attention to the issues that arise from having a relatively unregulated industry that has at times placed profit before safety. At the time, the politics of sex toys and even the word “phthalates” were new to me, but I did know that the vinyl rabbit and unknown rubber vibrating c-ring we got that day smelled like chemicals, the rabbit didn’t come close to fitting my body or having vibrations that resonated with me, the c-ring was uncomfortable and ill-fitting for my date, and the vibrator on the ring was what I have come to refer to as a “clit-clunker.”

The tier of “luxury” sex toys had started to take center stage bringing forth some toys that were very nice to look at and made of silicone, but often lacked the kind of power or versatility I was looking for in my toys.

Fast forward a few years, and I began working in a progressive sex shop in NYC in 2005. By that time, I had become a lot more discerning with my toys, been active in the kink scene long enough to see some pretty cool toy hacks and adaptations, and learned quite a bit about materials safety. By this time, the tier of “luxury” sex toys had started to take center stage bringing forth some toys that were very nice to look at and made of silicone, but often lacked the kind of power or versatility I was looking for in my toys. Or to be really blunt about it, came in shapes that didn’t seem to take anatomy into consideration and with whom I’d had a very hard time getting off. 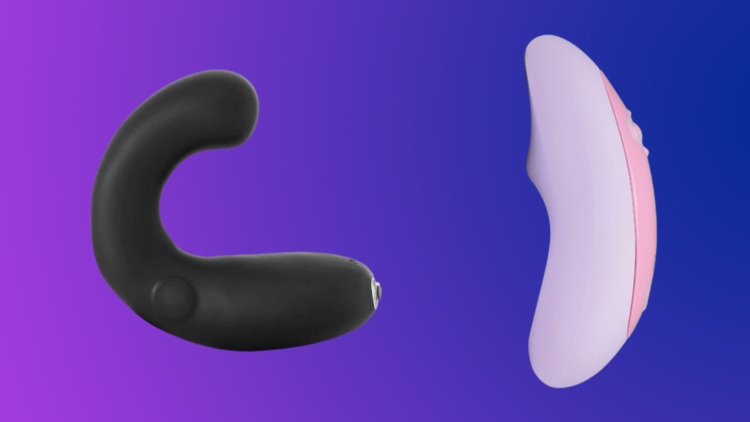 In 2008 or 2009 I remember seeing a prototype of a new toy from a new company based in London, Je Joue. Though the original product, the SaSi, wasn’t my cup of tea, I appreciated a few things about it – it was made of medical grade materials, it was rechargeable, and it was designed to mimic oral sex for people with vulvas – what a concept! I remember thinking okay, this seems like a move in the right direction. Shortly after the release of SaSi, G-Ki was released, and that was when Je Joue really began to catch my eye. The U-Shaped dual stimulator felt like it had taken into consideration my internal complaints about rabbits and made some adjustments; it had an adjustable neck to fit different body types, the insertable end was curved for g-spot stimulation, and the external side was broad to cover more of the vulva than just the head of the clit. I remember when I saw the floor model thinking, “ooh I can wear that under my harness!” And I did, and it was maybe a little awkward at first, but still really fun. In 2014, G-Ki was redesigned to incorporate feedback on the original design and became G-Kii!

2010 was really a breakout year for Je Joue, though. That was the year both the Mimi external vibrator and the Ami kegel ball set were released. My disclaimer here is that I try not to speak in absolutes about toys, but these two products in particular as well as the Mio c-ring by Je Joue which was released in 2012, have become and remained consistent recommendations for customers regardless of experience level with sex toys. Here’s why: Mimi and Mio have incredibly rumbly motors that create vibrations that resonate deep into the body, a great range of intensities for versatile uses, and they’re just incredibly well made. 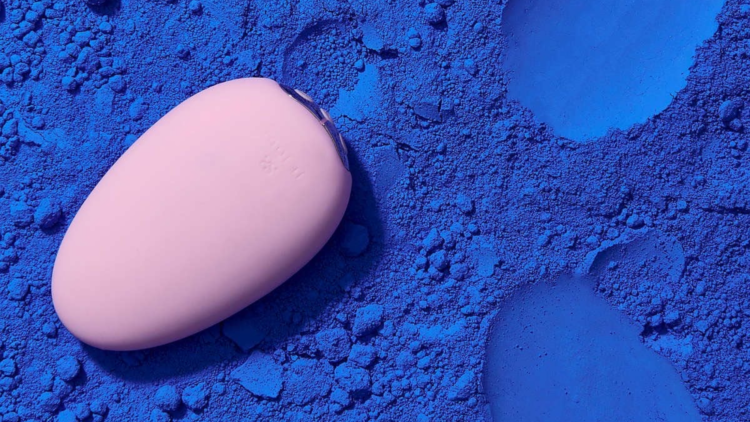 At the lowest setting, the vibration feels like a gentle hum, at the highest like a deep strumming that carries deep below the surface of the skin.

The silicone is silky, smooth, and easy to clean. It has a range of functions, 5 intensities and 6 patterns to be exact. It’s waterproof and can be used in the shower, and very importantly, it’s quiet. At the lowest setting, the vibration feels like a gentle hum, at the highest like a deep strumming that carries deep below the surface of the skin. I have been a Mimi user since 2010 and I have yet to outgrow it. By the way, Mimi Soft which was released in 2013 takes all the features we love about Mimi but adds a layer of cushion-y silicone which a lot of users prefer. I personally love both!

When I got my first Mio vibrating c-ring I thought back to my first experience with a vibrating ring where the person wearing the ring expressed such deep discomfort from the fit of the ring itself. A feeling of pinching, the ring rolling off, and the ring being so thin that it was just uncomfortable. Mio on the other hand is made from very plush silicone that is very elastic and stretches to fit a range of bodies. 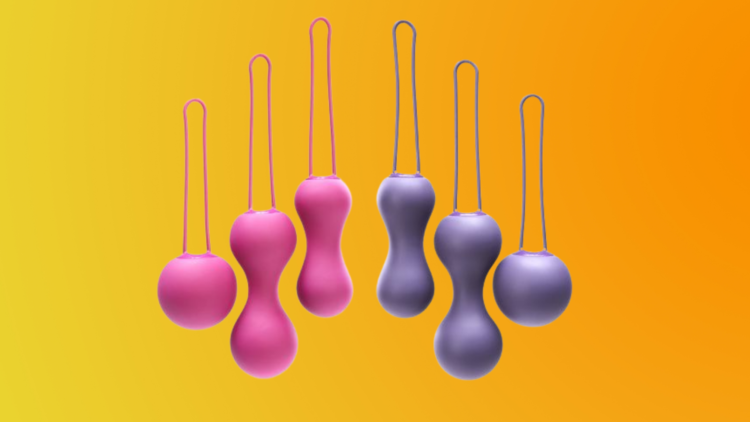 The Ami kegel ball set also deserves a strong mention. Before Ami, most products designed as wearable kegel exercisers were either loose balls which are difficult to retrieve or they had components that were either porous or had a ton of texture and pronounced seams and ridges which make them uncomfortable for long term wear. The Ami set is a set of three progressive weights that are encased in soft, smooth, and seamless silicone. They’re intended for front hole use as a tool for strengthening the pelvic floor (for stronger orgasms, support in becoming orgasmic and learning to ejaculate, pre and post pregnancy support, and for greater bladder control).

You start with the larger, lighter ball, then work your way up to the second and third weights which are progressively heavier and smaller and have a two-ball design that bends a little to conform to the curves of the body.

The lightest of the weights is a single ball that is slightly larger in diameter than the heavier ones with a diameter of around 1.3”. The larger size is intentional because it makes the ball easier to hold in (you don’t have to squeeze as hard to keep it in). The idea is that you start with the larger, lighter ball, then work your way up to the second and third weights which are progressively heavier and smaller and have a two-ball design that bends a little to conform to the curves of the body. The medium ball has a diameter of about 1.25”, while the heaviest weight measures approximately 1.15” in diameter. They weigh 47g, 78g, and 106g respectively. Each of the weights has a retrieval cord that is also made of silicone, so it won’t harbor bacteria and is easy to clean. The set also includes a user manual that has suggested exercises, to guide users through a progressive strengthening routine for their PC muscles! 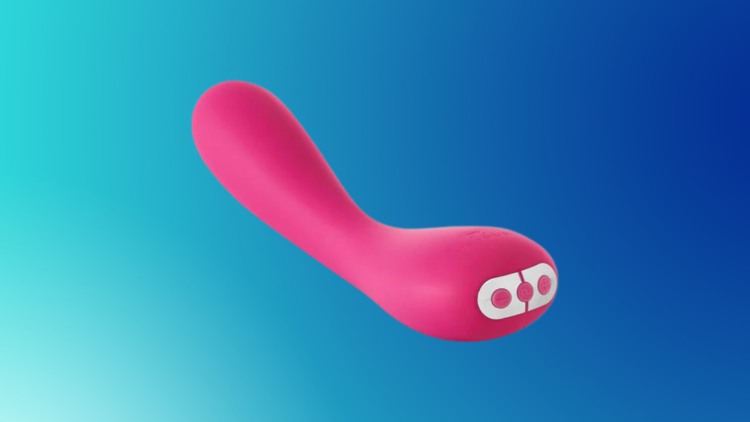 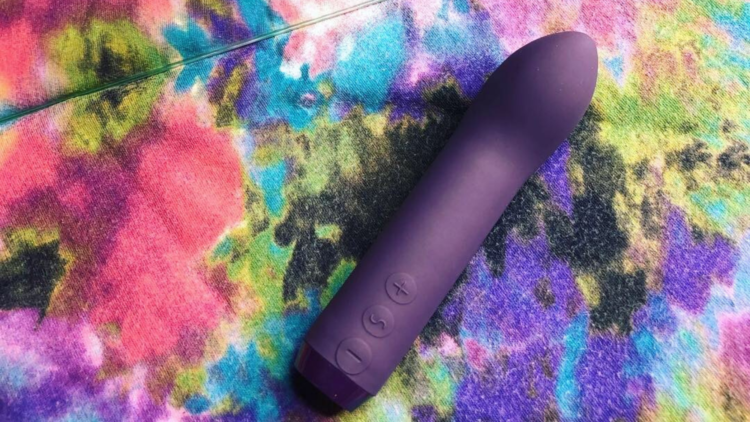 Over the years, Je Joue has launched a number of products, some of which have stayed in production, and others which have phased out. I want to jump to 2017 and the release ofJe Joue’s bullets. I remember at the time I was the Buyer for a retail company and got to see the Je Joue Classic Bullet, G-Spot Bullet, and Rabbit Bullet when they were still being designed. Bullet vibrators are perennial products in the sex toy world because they offer power, discretion, and portability, but often times they lack power or run on tiny batteries that need to be replaced very frequently. Je Joue’s bullets address these issues by using a powerful, rechargeable, and rumbly motor.

YES! Finally something petite that’s made of silicone that meets the needs of folks who are looking for something for front hole penetration that isn’t too big but also isn’t completely straight!

I remember seeing the g-spot bullet design and thinking, YES! Finally something petite that’s made of silicone that meets the needs of folks who are looking for something for front hole penetration that isn’t too big but also isn’t completely straight! In reviewing the bullets the things that stood out to me were how much range of intensity they offer and how strong they are. The three bullets also offer completely different sensations from each other. The Classic and G-Spot bullets offer pinpoint or focused vibrations, while the Rabbit bullet creates a fluttering sensation because of the rabbit ears. All of the bullets are excellent first time or travel vibrators.

Over the past 15 years, Je Joue has been taking classic sex toy shapes and reinventing them to make them more functional, more body-friendly, and more pleasure focused. With classics like Mio, Mimi, Uma, Ami, and the Je Joue Bullets (among others), Je Joue has developed a line of consistently impressive products that meet a wide range of needs and desires. The next time you’re shopping for a new toy and you don’t know where to start, consider one of Je Joue’s tried and true classics as a jumping off point. Sex Toys in This Article 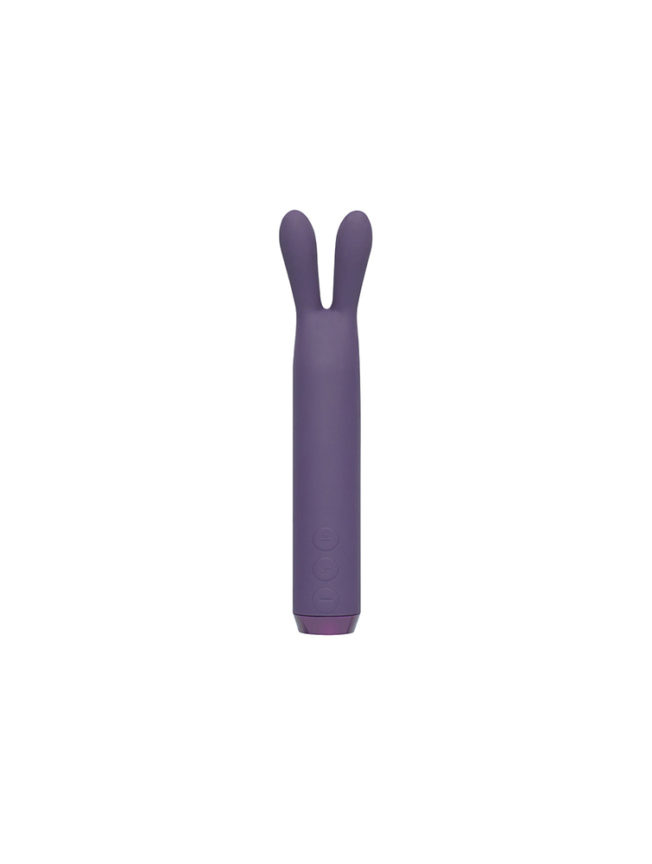 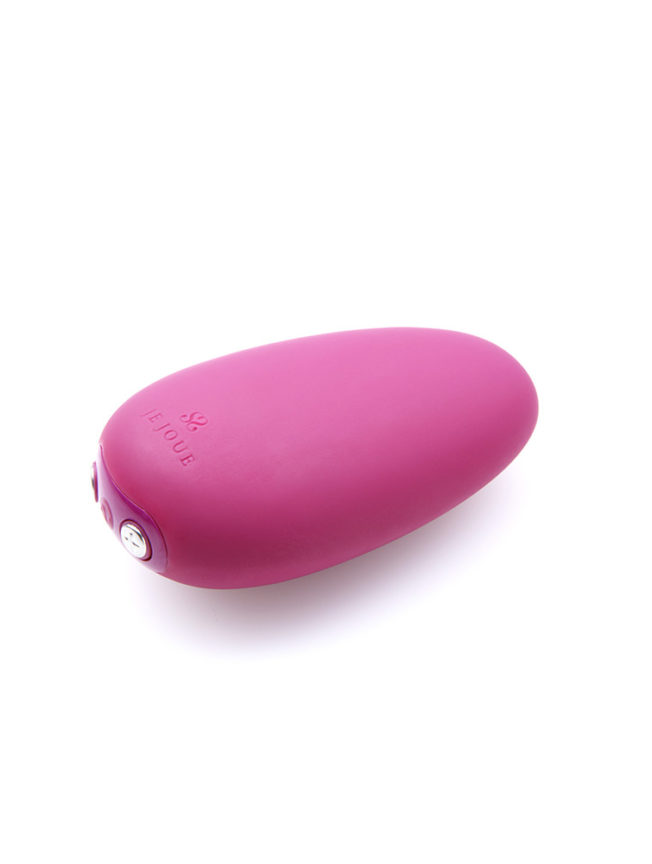 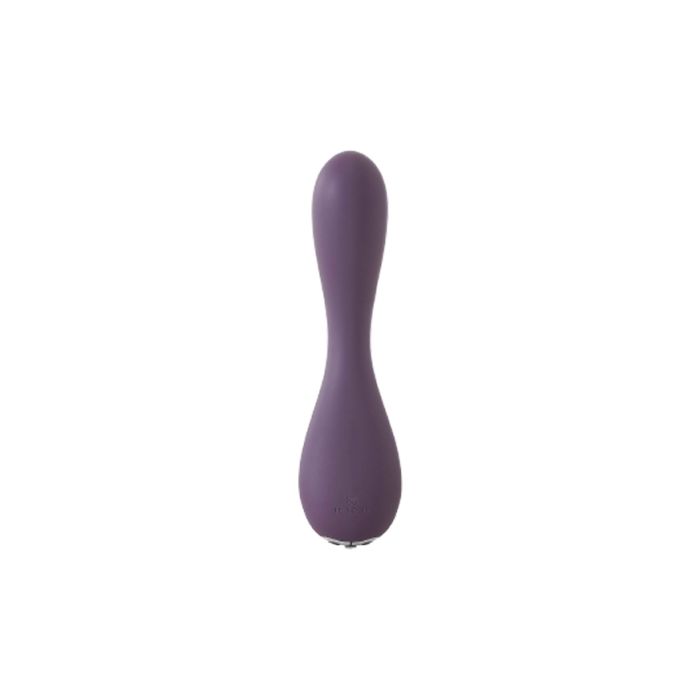 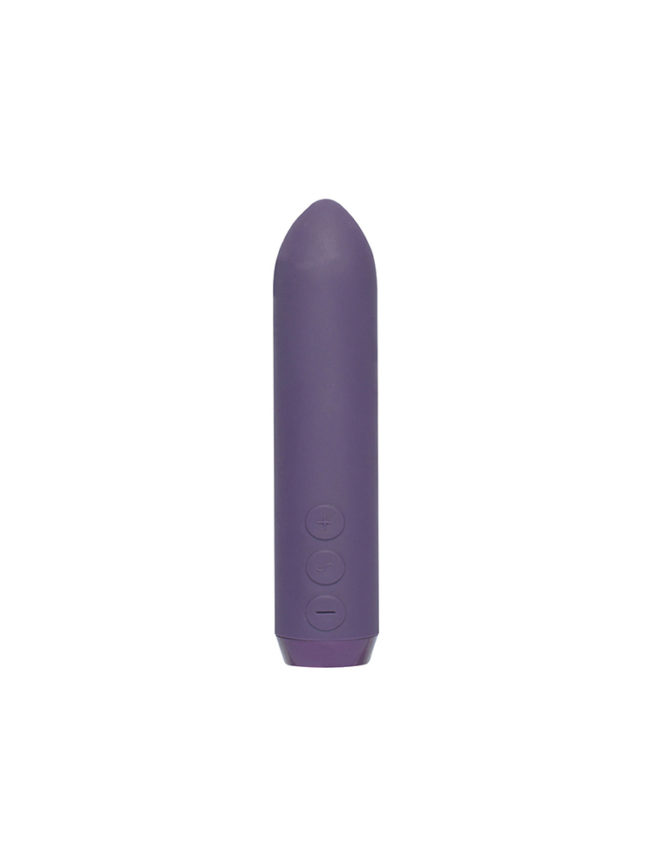 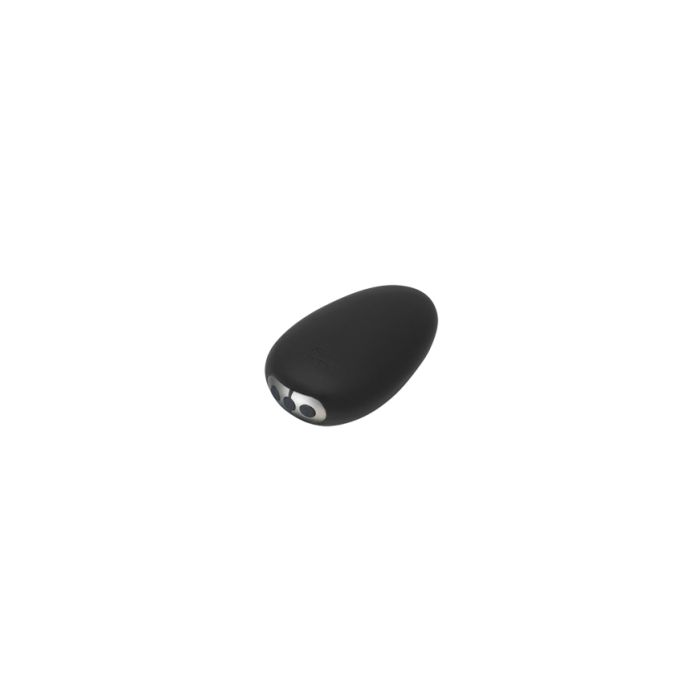 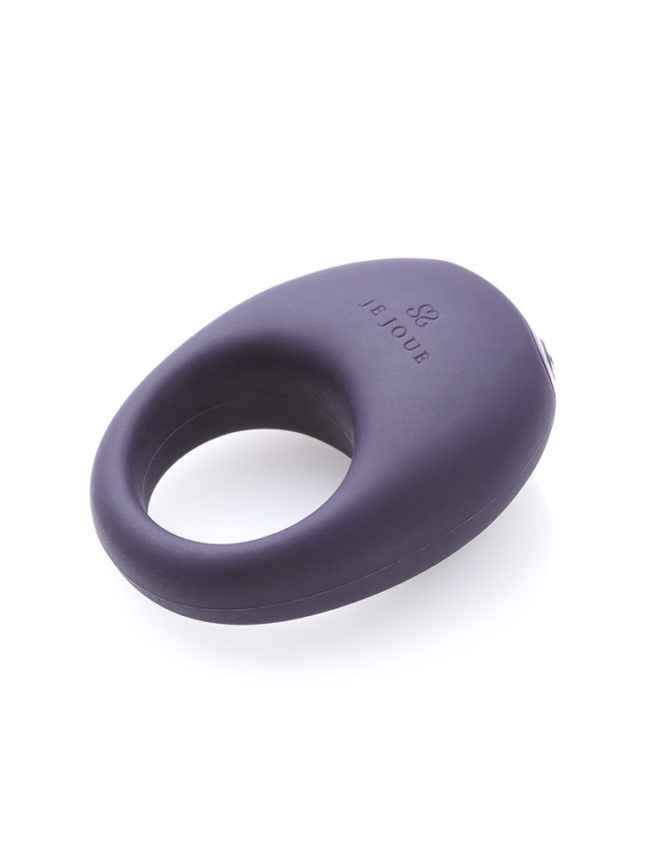 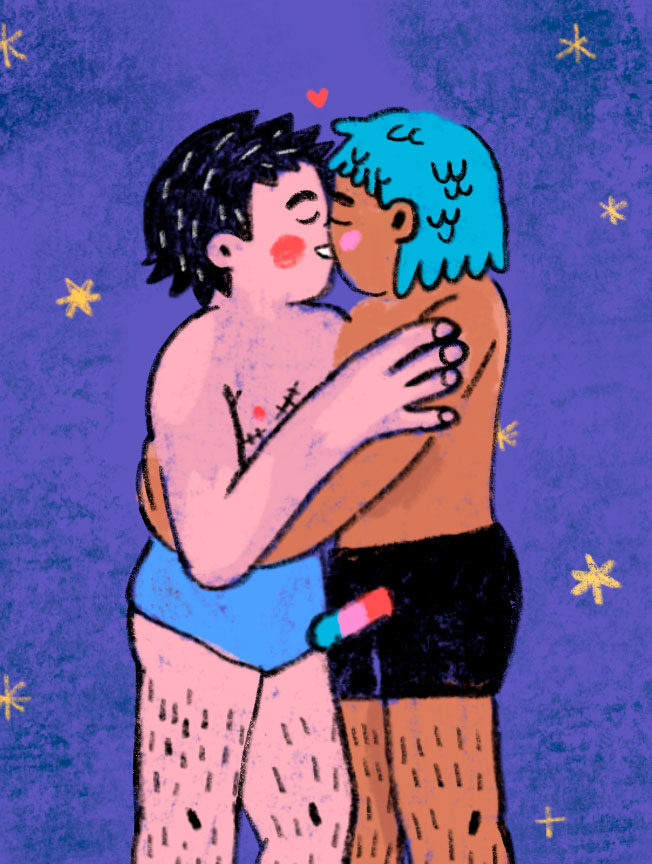 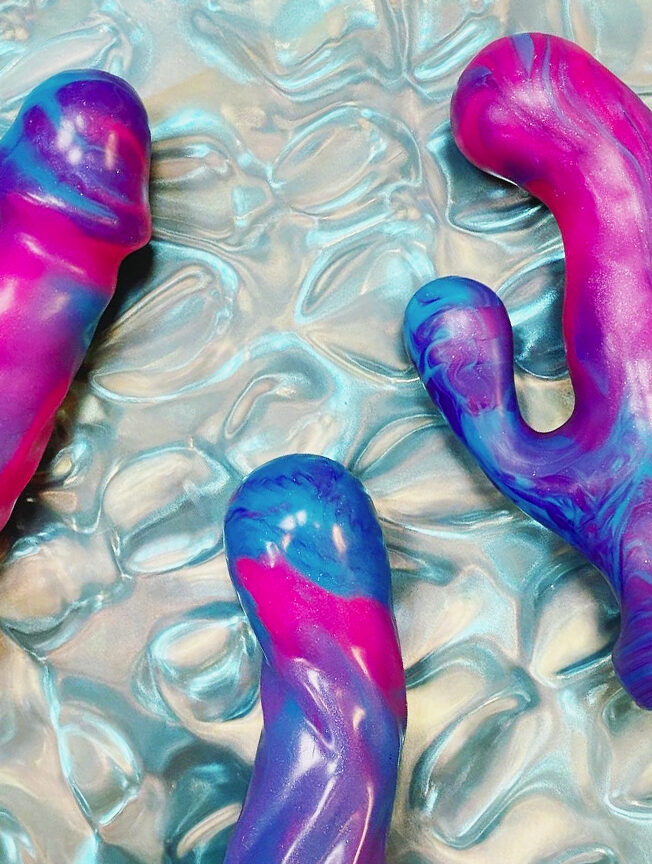 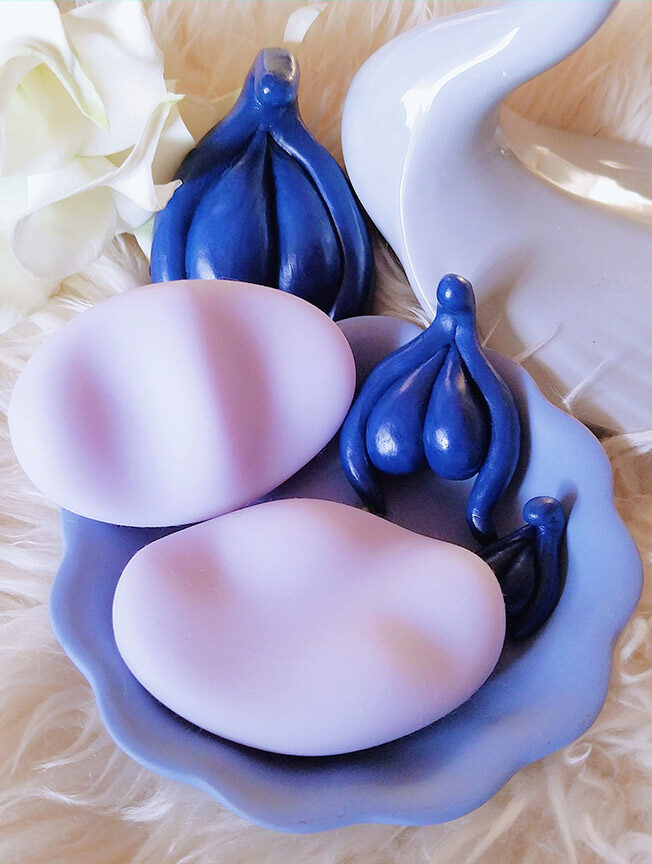 By Super Smash Cache
All Articles
Shop Our Boutique
LOADING